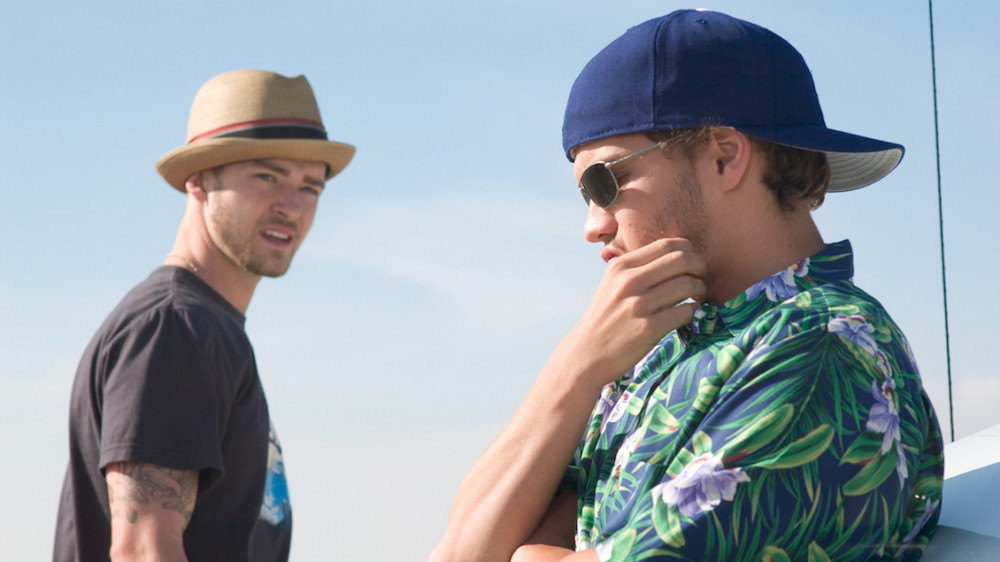 This true-crime yarn beaded with hot, young actors is like watching McG’s Fastlane on Xanax. Because it has the Cassavetes label and premiered at last year's Sundance, it flaunts a certain indie cred (also look for Harry Dean Stanton, who seems to have been rented by the day), but this film is way more about tits and ass and drugs and guns and California muscle cars and busting up house parties with kung fu than it is about deep characterization on the epic scale of Scarface. Cassavetes directs his own script as contemplatively as if he’s channeling his father, John, but with two full hours of wine coolers, absent parents, and threesomes. Though it’s being marketed as a thriller, the use of split screen and intertitles gives the film its only tension. (The scariest thing is actually Stone in a fat suit, in a scene so mind-boggling that we’ll just have to leave it at that: mind-boggling.) During an escalating feud, drug dealer Johnny Truelove (Hirsch) impulsively kidnaps Zack (Yelchin), the relatively innocent teenage brother of scary tweaker Jake (Foster). Once they’ve grabbed the kid, they can’t let him go, so Johnny stashes him in Palm Springs with Frankie (Timberlake). Sounds okay, right? Wrong. Although there are parties and Zack loses his virginity in a swimming pool, he might not make it back to Claremont alive. It’s a soggy drama said to be inspired by actual events – too serious to be trashy, too trashy to be serious. Cassavetes makes sure we get the idea about the debauched and broken families that yield such trouble by awkwardly providing a documentary crew within the film. To them Willis will deliver the movie’s motto, right into the camera: “This whole thing is about parenting. Taking care of your children.” Gotcha. As for the cast of young and equally billed hopefuls, the biggest knockout is Foster, an intense young actor totally unrecognizable as Eli, the special kid from Freaks and Geeks. Timberlake is engaging enough but not really stretching it as a smooth talker who might bury your body later, while Hatosy draws the short straw as the humiliated gang novice subjected to homophobic taunts far beyond what the script requires to make its point about masculinity and aggression. (See p.48 in this week's Screens section for an interview with Cassavetes.)