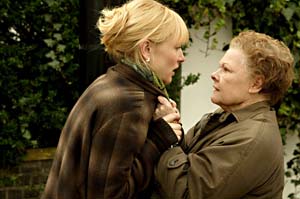 Notes on a Scandal

No matter what kind of odor remover you use in an attempt to disguise your trash, the stench is bound to leak through sooner or later. That common knowledge might have been valuable to everyone involved with Notes on a Scandal, although in all likelihood it would have prevented the making of the film. The movie is a hothouse psychodrama, full of outrageous and florid sentiments that are made semipalatable by the quality of the craftsmanship involved. Adapted by Patrick Marber (Closer) from the novel What Was She Thinking: Notes on a Scandal by Zoë Heller, the film also features two of the best thesps in the world: Dench and Blanchett. The actresses’ work is riveting and ratchets up the film’s overall quality, yet there is nothing they can do to make their characters believable or sympathetic. Blanchett plays the none-too-subtlely named Sheba, who begins work as an art teacher at a British public school, where she immediately catches the attention of the school’s curt battle-axe Barbara (Dench), whose cynical voiceover commentary provides the movie’s backbone. Barbara, in the guise of becoming Sheba’s friend, obviously wants more from their relationship. Sheba, who appears to be happily married (to the also marvelous Nighy), nevertheless carries on a sexual affair with one of her 15-year-old male students (Simpson). Revelations abound, confidences are shared, and tempers flare – until, by the climax, Notes on a Scandal seems awfully redolent of one of those Bette Davis/Joan Crawford bitch-fights in What Ever Happened to Baby Jane?. This film also calls to mind movies such as The Children’s Hour, a 1961 film written by Lillian Hellman in which schoolteachers Shirley MacLaine and Audrey Hepburn deal with whispered rumors of their alleged lesbian relationship, and Robert Aldrich’s garish drama The Killing of Sister George, in which a British soap star fears her character’s demise while also romantically pursuing a younger female co-worker (played by Susannah York who, come to think of it, has a lush-lipped, blond-haired resemblance to Blanchett). It’s not until late in the film that we begin to doubt Barbara's sanity as her histrionic fervor morphs into a clichéd rendering of an aggressive lesbian, and the music (by another “quality” name, Philip Glass) sounds more and more like a refined Bernard Herrmann score. On a certain level, Notes on a Scandal can be fun viewing, but, odds are, you'll find you won’t respect yourself in the morning. 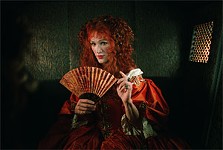 Stage Beauty
Victor/Victoria meets Shakespeare in Love at A Star Is Born in this gender-bending backstage story. 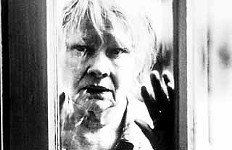 Iris
As the lovely film Iris attests, the bonds of love are often forged to withstand the most daunting of adversities, beyond what we might rationally ...