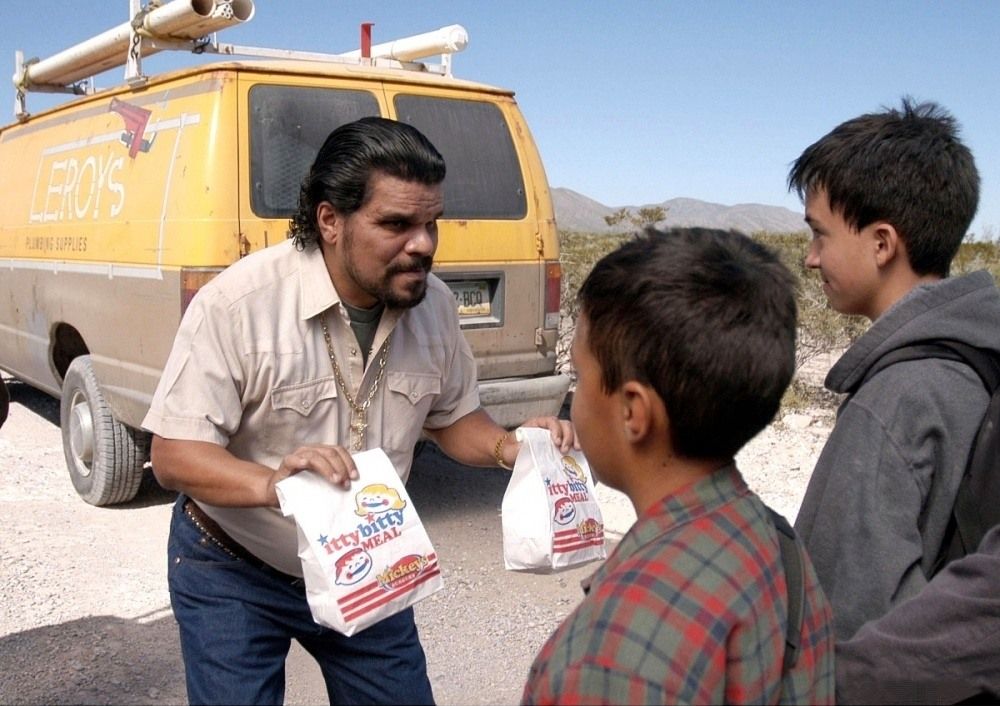 The conflict between knowing, or at least suspecting, the awful truth behind our beloved hamburgers and where, exactly, they came from (not to mention what's squirming and roiling within them before they hit the grill) is at the sinewy heart of Linklater's film. Using Eric Schlosser's contemporary updating of Upton Sinclair's 1906 meat-packing exposé, The Jungle, as its background, Linklater and the author have fleshed out a multilayered narrative that rips the protective veil of high-dollar marketing and high-stakes ad campaigns from the fast-food industry and all of its attendant social ills: the undeniably horrific plight of the undocumented Mexican workers who daily ebb and flow across the border to work in one of the four major meat-packing plants in this country, the sexual harassment, the rampant methamphetamine use among workers desperate to keep up with the impossible pace of the mechanized inspection lines, and the daily loss of life and limb to the ominously grinding machinery of the meat industry (both literal and figurative). It's a real horror show on the so-called "kill floor," but what's most shocking about this film is how little it shocks. Part of this is due to multiple, convergent storylines, which recall those in Steven Soderbergh's Traffic transposed from the shadowy world of the pan-American narcotics trade to the pan-American fast-food industries. Unfortunately, where Soderbergh's film crackled with momentous import (thanks in large part to Stephen Gaghan's brilliant scriptwork), Fast Food Nation's characters come off as randomly generated ciphers whose only purpose here is to illustrate the assorted societal and industrial dysfunctions of the fast-food biz. The film opens intriguingly with a group of Mexican laborers making the hazardous, desert border-crossing (one of them is separated from the group and, we assume, perishes). Among them, Sylvia (Moreno, of Maria Full of Grace), her husband Raul (Valderrama), and sister Coco (Talancón) end up in Cody, Colo., where they quickly find work at the mammoth beef-processing plant just outside of town. (The town itself is a major representative player in Linklater's film, and, with its generic consumer outlets and omnipresent McDonald's, it comes off as less strip-malled than strip-mauled.) It's not long before Coco is shacking up and getting high with the predatory line boss (Cannavale) and Raul runs afoul of the huge, clanking machinery. Meanwhile, Greg Kinnear's middle-management stooge is sent by his McDonald's-like chain to investigate reports of bovine feces in their star hamburger patties, and a group of student activists, including Mickey's McJob employee Amber (Johnson), passionately argue about how best to shut down the Machine. And then Hawke shows up. Why? And then Kinnear disappears from the storlyine. Why again? Fast Food Nation succeeds in broad strokes, pointedly drawing a parallel between the ceding of populist power and outrage to the faceless, profiteering, frighteningly un-American corporations that most certainly do not have your (much less your children's) best interests at heart. In this sense, it's a noble and worthy and important film. But as a character-driven narrative, it's a hollow beast, too often pedantic, that smacks of good-guy agitprop, shrill when it should be subtle and shrieking when a whisper would be far more unnerving. (See related inteview with Eric Schlosser on p.56 of this week's Screens section.) 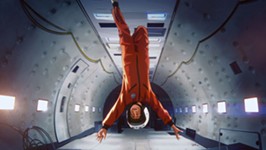