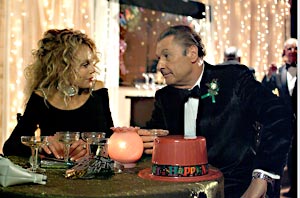 This hopeful and buoyant film about residents of an “active adult” retirement community in Florida finding new love does not initially seem like the film one might expect from the tapped-into-the-zeitgeist director of Desperately Seeking Susan, Smithereens, and the pilot episode of Sex and the City. Yes, the film has a certain niche-market appeal, but it’s a movie for anyone who enjoys a solid romantic comedy. Its stars aren’t youthful People’s Choice headliners like Jen and Vince, et al, but instead bereaved and divorced spouses suddenly single after decades of life as a couple. However, everyone, no matter their age, is hesitant to take chances, leap into the dating fray, and let go of the past – and in this regard, the film’s reminders are universal despite the setting being hilariously specific. Still, Boynton Beach Club resists the easy inclination for jokes at the retirees’ expense, although Florida customs such as early-bird dinners, pool calisthenics, pastel decors, and the bringing of covered dishes to newly eligible widowers are all part of the movie’s ongoing backdrop. Like most of Seidelman’s work, Boynton Beach Club showcases vivid female personalities. Certainly Cannon, Kellerman, and Vaccaro have never been known for their timidity onscreen; still, their characters in this film offer these actresses some of the meatiest work of their careers. The story follows the strands of these three characters’ post-marriage lives. What they share in common is their membership in the Boynton Beach Bereavement Club, a group that helps ease the discomfort of getting back into the social swing. New friendships are valued on par with love matches – another of the film’s universal messages. Seidelman’s storytelling is a little bumpy at times, and the film’s budget constraints are occasionally evident. Cariou, Bologna, and Nouri also add some well-modulated performances as the eligible bachelors, whose attitudes range from the heartfelt to the comic. Thanks to Susan Seidelman for reminding us that romantic comedy is suitable for any population or age group, for those as worried about revealing their sagging flesh to intimate strangers as the ones afraid of exposing their teenage zits. 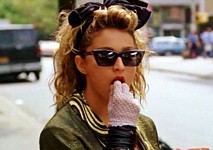 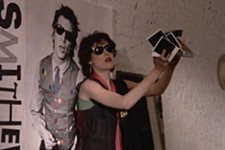