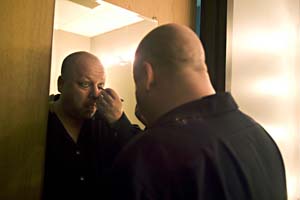 Has there ever been another band like the Pixies? If so, they were lost to time, influencing the musical spectrum in ways too subtle (or too obvious) for us to discern. Like the best pop-music bellwethers, the Pixies – singer and de facto frontman Frank "Black Francis" Black, flammable bassist Kim Deal, arcane lead guitarist Joey Santiago, and spastic metronome drummer David Lovering – came out of nowhere in 1986 with an impossibly strange, improbably catchy EP and went on from there for seven-odd years before self-destructing in a wave of surfy self-mutilation, mutual enmity, and various and sundry substances. It was fun while it lasted, and their shows were thick with bleary-eyed possibility. (Seeing them at the Texas Union Ballroom in 1989, the scene was so supercharged that I wasn't sure whether I was going to get laid or laid-out, psychosexual or 6 feet under. Either one was fine by me.) loudQUIETloud captures a fair amount of that electric charge and, as a document on the band's 2004 reunion tour, it does all it can to explain (without actually explaining) the key to this genuinely genius and strange band's appeal. It's not just Santiago's dove-in-a-Cuisinart riffs or Black's keening, timing-belt howl that makes this doc such a blast – it's the downright amazing revelation that, after all these years, the Pixies sound better than ever. Directors Cantor and Galkin complement pre-tour practice footage (wherein the iPod acts as collective memory for the band) with a brace of live concert recordings and the requisite "Are we sure we want to do this?" backstage drama. Deal, in particular, comes off as the band's brave casualty survivor; asked what she's most proud of since the Pixies broke up, she replies without hesitation, "It's been over a year since I've done any drugs or drinking." Apparently fit and reasonably trim, Deal's honesty touches a nerve that the band's music only gnawed on back in the day. And what do her parents think about all the reunion hoopla? "I think it's great," says her dad. "She needs something to do," adds her mom. And then a nervous Deal's up onstage, and it's all good all over again: "That was so exciting. Those first few moments? I was fucking freaking out." Us, too. 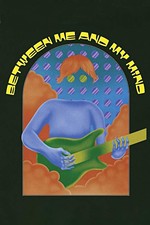 loudQUIETloud: A Film About the Pixies, Steven Cantor, Matthew Galkin