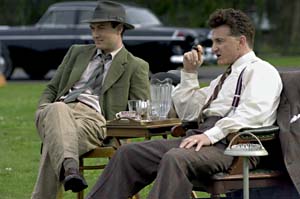 Despite an A-list cast and director, it's astonishing how bad this movie is. It's furthermore astonishing since it's a remake of the 1949 Academy Award-winner for best motion picture, which was itself an adaptation of poet laureate Robert Penn Warren's Pulitzer Prize-winning novel. Loosely based on the career of Louisiana Governor Huey P. Long, All the King's Men is a story about the insidious dangers of demagoguery, a morality tale about absolute power corrupting absolutely. Penn acts up a storm, and his performance as Willie Stark is actually the only redeeming aspect of the movie, even if his carriage bears more resemblance to the gangster fury inhabited by his brother Chris Penn in the movie The Funeral than it does to a larger-than-life Louisiana populist. Yet Penn's accent is often muddled, and the actors around him contribute a veritable gumbo of faux bayou accents. Rarely has such a great array of acting talent been so misused: The characters are not so much bad as they are wan and unformed. And none are likeable. Writer-director Zaillian (Searching for Bobby Fischer) never manages to assemble his actors into a unified whole, and they flail away like drowning souls engaged in various movies of their own making. The primary problem with the film lies in the script (or perhaps something that remained on a cutting-room floor). The narrative is missing a crucial sequence in which Stark is transformed from naive populist to power-wielding thug. Stark is an inscrutable character otherwise, and the tale loses all moral dimension. Presumably, the movie is meant to serve as a modern-day parable, but there is no moral to be drawn here, no resemblance to any known reality. The movie contains lots of sound and fury, but alas, it signifies nothing. 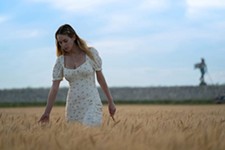