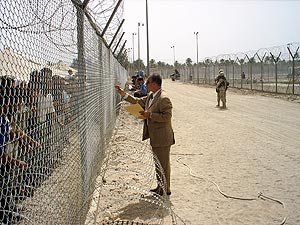 Even the most ardent of neoconservatives might find this intimate and nuanced documentary about life in occupied Iraq difficult to shake – all politics aside, it is the human element that ultimately defines a nation as a people. Using the Iraqi democratic elections in early 2005 as its focal point, My Country, My Country (which screened at the SXSW Film Festival) is the sad lament of those in that beleaguered nation who truly want the best for their homeland, despite the seemingly overwhelming odds against such. The film's principal perspective is shown through the eyes of Dr. Riyadh, a Sunni candidate who operates a free medical clinic in Baghdad. Highly critical of the American invasion of his country and the purported "fruits of democracy"; that are promised, Dr. Riyadh nevertheless seeks to work within the system in order to achieve what he believes is in Iraq's best interest. However, as doubts about the fairness of the electoral process increase and the street violence escalates on a daily basis, the once-optimistic good doctor becomes more despondent about the state of affairs, culminating in his difficult decision whether to vote when his own party decides to boycott the elections. Watching Dr. Riyadh become more disillusioned about the future of his nation is painful; the weight of the world appears to grow heavier on his shoulders as the film progresses. The portrayal of the other players in the film – the United Nations teams assigned to oversee the elections, the private security forces bracing for the "river of blood"; the insurgents assert will flow on election day, the Iraqi citizenry volunteering to assist in the elections despite the threat of violence against them – also give this film a dimension that one can only imagine when reading news coverage in the popular press. What is remarkable about Poitras' work here is the utter lack of polemic or propaganda that other documentarians increasingly resort to in order to move (or, better yet, inflame) their audiences. At its simplest and most profound, My Country, My Country shows us what life is like in an embattled land in which car bombs and no electricity inform daily life. We here in America can't really imagine what that kind of existence must be like, but My Country, My Country takes us there like nothing else has to date. 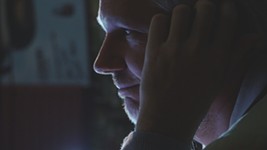 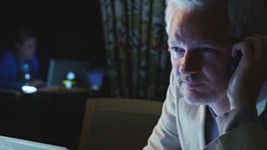 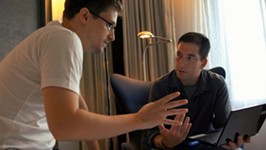 Citizenfour
When Edward Snowden was in that hotel room in Hong Kong sharing his initial intel about NSA surveillance, Laura Poitras' was there with a camera to film his disclosures.