In this comedy, apparently aimed only at the 10- to 13-year-old female demographic, the Duff sisters stretch their acting skills as two shallow socialites whose father, the king of a thriving mascara company, has just passed away. When a scandal breaks that threatens their inheritance and leaves them temporarily less rich, the twins must buckle down to save their father's company and, presumably, learn that there's more to life than clothes, make-up, and partying. Really though, they don't learn that, and your kids probably won't either. Material Girls mainly offers fodder for tweens who fantasize about glamorous Los Angeles lifestyles where everyone is skinny, rich, and on Prozac. It's a film where gays and minorities not only fit into stereotypes, but embrace them, and where it's OK to be selfish and dimwitted, as long as you're "cute"? about it. It's also very poorly written and acted. The latter isn't any surprise from the Duff sisters, who fail to elicit sympathy even as they cry over their dead father. But the filmmakers somehow wrangled in Huston and Haas, as well. Neither one adds to the energy of the film, though, and both seem slightly embarrassed to be there. As for the plot, it's even thinner than the Duff sisters and told with less wit than either. Mostly we watch them bicker their way through different mansions, apartments, and parties and finally defeat the bad guy. The villain (a greedy corporate man of some sort) isn't very fleshed out, but it's hard to believe that he's any worse than the two self-serving, appearance-obsessed protagonists, with whom the film asks young girls everywhere to identify. 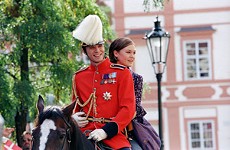 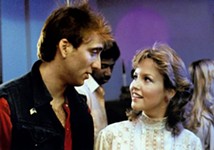 Valley Girl
This is one of the great teen romance movies: It’s Romeo and Juliet played out between an L.A. punk rocker and a Valley girl. Cage has never appeared more soulful.