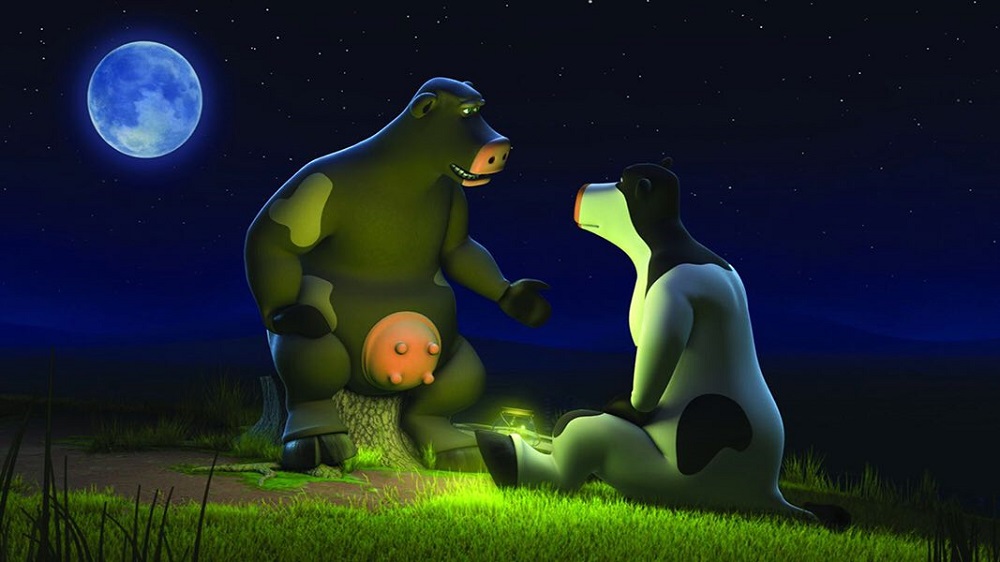 A slew of computer-animated films about talking animals hit theatres this year, and like clockwork, every one featured a wacky, smart-aleck sidekick for comic relief. The latest addition to the genre, Barnyard, offers a slight but unwelcome variation on the tradition by casting this character as the protagonist. Voiced by Kevin James (King of Queens), Otis the teenage cow wisecracks and parties his way through life on a farm where animals live like humans and male cows have udders. Apparently, cows occupy the ruling class of the barnyard hierarchy, and Otis is set to inherit leadership from his father. Content to surf on hills and throw barn parties, Otis shrugs off his destiny along with his father's patient lectures about responsibility. But rebellious children take heed: Otis' father dies at the hands of murderous coyotes soon after his son ignores the elder cow's wisdom and goes off to party. The tragedy leaves the guilt-ridden Otis alone to shoulder his newfound responsibility and confront the murderous coyotes. That is, with the help of his zany barnyard friends and some flashbacks of his dad. Why writer/director Steve Oedekerk decided to remake The Lion King with CGI farm animals is up for debate, but it certainly wasn't for aesthetic reasons; the animation looks shoddy and flat compared even to modern video games. The film's humor feels equally dated. Most of the sight gags and extended jokes about humans' ill-informed notions of the animal world are lifted from Toy Story, then changed up a bit to suit the farm setting. Occasionally, the film reaches the sly, adult-oriented humor of Pixar fare, especially when the characters muse about their inevitable fate as farm animals. Mostly though, it's strictly for kids, and, as the three or four people who saw Oedekerk's previous directing effort, Kung Pow: Enter the Fist (sadly, my hand is raised), can attest, the writer/director tends to stretch even throwaway jokes minutes past the punch line. In all fairness, Barnyard has far more wit (and certainly fewer fart jokes) than the misguided kung-fu parody, and its message about accepting responsibility and helping others comes through with sincerity and precious little sarcasm. By the end of the film, a less-obnoxious Otis learns that a little maturity and altruism go a long way. It's a fine message, but, in the case of the film itself, a little originality would have gone even further. 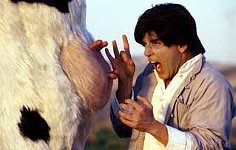 Kung Pow: Enter the Fist
In England they're getting Jean-Luc Godard's newest – Eloge de L'Amour – right about now, while stateside we're being subjected to (and subjecting others, thanks ...