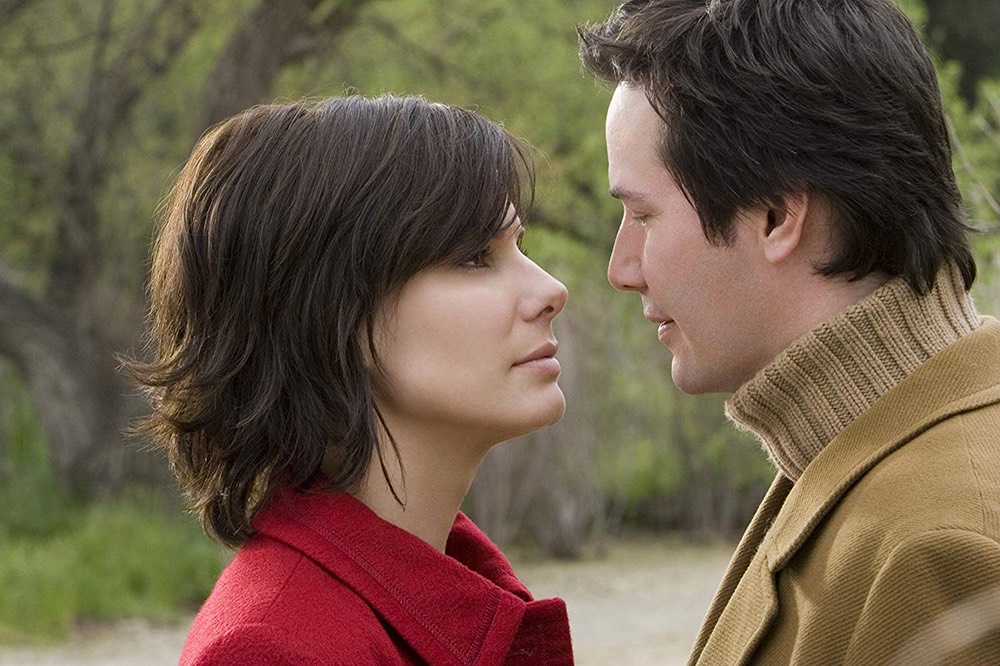 Don’t try to figure out a time-travel movie; it will make your head hurt. And if the movie stars Keanu Reeves, it's all the more reason to just stop, slowly put common sense on the ground, and back away from your capacity for rational thought. The Lake House is a supernatural romance working on the premise that the laws of physics have folded upon themselves, creating a black hole within the space-time continuum – the vortex of which is located in a mailbox in rural Illinois. But while this tale of magical realism has potential for delightful originality, the love story lacks heat, the science fiction premise spirals into senselessness, and the third-act twist is alarmingly apparent within the first 10 minutes of the movie. The film tells the story of two lovers who communicate across time. In the opening moments, a wistful and newly single Kate (Bullock) moves out of the stoically romantic box of iron and glass – otherwise known as, natch, the lake house. Upon departing, she leaves a letter in the mailbox to the new tenant. When Alex (Reeves) moves in, he finds the letter, and the confusion begins. Alex lives in 2004 and Kate lives in 2006. Fevered letter-writing ensues as Kate returns to the house in order to retrieve and reply to Alex’s heartfelt letters. The two lonely souls do what is completely unexpected by absolutely no one in the audience: They fall in love. A remake of the Korean import Il Mare, The Lake House marks both the reunion of Reeves and Bullock for the first time since Speed and one of the few Asian remakes in recent memory that’s not of the horror variety. Semicompelling subplots include fun supporting performances from Plummer, who stomps around as Alex’s overbearing father, and the ever-alluring Aghdashloo (TV’s 24) as Kate’s only friend. But ultimately, the subplots seem tacked on and indeed are not included in the original Korean incarnation. As a romance, The Lake House is refreshingly low on melodrama, perhaps largely due to the subtle technique of Argentinean director Agresti (Valentín). But while Bullock usually brings the energy in her films, this time around she meets Reeves squarely in his flatlined performance. And whereas Reeves is ironically believable as the ultimate salvation of all mankind (The Matrix) or an outrageously clueless slacker (Bill & Ted’s Excellent Adventure), he’s just hard to swallow as a regular Joe. As the final moments wrap up, one can’t help but contemplate the film that’s repeatedly referenced as an icon of romance throughout The Lake House, Alfred Hitchcock’s masterpiece Notorious. Now, that's a movie. 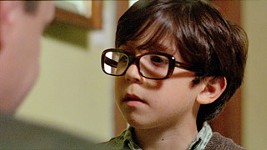