Down in the Valley

Harlan (Norton) comes wandering out of the smog along the 405 freeway like a Sergio Leone cowboy; he fancies himself a gunslinger. It’s love at first sight when Harlan, who’s pumping gas and living in a flophouse, meets teenage golden girl October (Wood) on her way to the beach. Harlan woos her with horseback rides and genteel manners, but is he really the South Dakota ranch hand he claims to be? Of course not. (No, that’s not giving too much away.) This is one of those small, frustrating indies you want to like because it’s different and its protagonist is a fully crafted and well-acted character with a lot of symbolic potential. You know the director (third-timer Jacobson, previously of low-budget psycho-horror such as Dahmer) wants the Los Angeles freeways to possess the visual import of John Ford’s Monument Valley, and you get that he’s making an homage to Badlands. Cowboy without a range? Check. The trouble is that Harlan’s also a character in search of a movie. None of the other characters is particularly shaded – not the lawman stepfather (Morse) who’s always cleaning his guns, not corruptible little brother Culkin, and not Wood, who’s a generically rebellious Lolita of Reseda – and they don’t do much more than react to Norton. There’s no depth to the story, and as the thrills start to kick in, Down in the Valley becomes a B-movie – less a modern epic Western than a two-reel oater with a cheap cliffhanger. There’s a neat moment toward the end that toys cleverly with the film’s reality, but the movie keeps chugging along, overlong, toward a conventional crime-drama conclusion. It feels mechanical, more conceptual than realized, like a senior project by a particularly ambitious student who’s recently read West of Everything – and who’s lucked into working with a world-class actor. Norton is fine as the delusional drifter clinging so desperately to his persona that other people can’t help but believe his ruse, but Jacobson doesn’t delve deeply enough into his environment. Several scenes are set above the San Fernando sprawl in portentous wide shot, and there’s a shoot-out in a McMansion, but somehow the movie lacks a real sense of place. 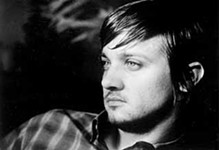 Dahmer
Not exactly the feel-good movie of the summer, Dahmer's peculiar charms are subtle things more in line with Hannibal Lecter's brooding intellectualism than Henry: Portrait ...