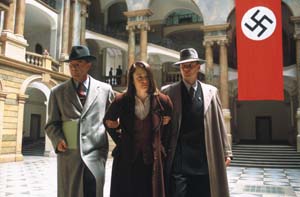 AFS@Dobie There's no moment of release, no instant of sudden redemption in this powerful, moving, and altogether devastating film. It moves, instead, like some awful emotional dreadnought, slipped free of reality's moorings and adrift in an ocean of terrible and ever-darkening lunacy. Sophie Scholl: The Final Days (an Oscar nominee from Germany for Best Foreign Film this year) chronicles the last desperate and desperately resolved hours of its Sophie Scholl, a real-life German university student who, in 1943 Munich, ran afoul of the gestapo while distributing anti-Nazi leaflets in the commons of her school yard. For her actions, Scholl (Jetsch), her brother Hans (Hinrichs), and their friend Christoph Probst (Stetter) were found guilty of sedition and executed. Scholl is a national hero in the reunified Germany, and – thanks in large part to a recently declassified and as-yet-unpublished series of transcripts of her grueling, three-day questioning by gestapo interrogator Robert Mohr (an icy, utterly believable Held) – what's most disturbing about Scholl's final days isn't her predicament (which, by that time, was commonplace all over Germany), but how closely the words of Mohr and Judge Roland Freisler (Hennicke), who pronounced the death sentence against Scholl and her compatriots, seem to echo current political barbs aimed at painting dissent as unpatriotic and damaging to our men and women on the front lines of the war on terror. Chillingly, these real-life, fully documented statements by histrionic, card-carrying Nazis literally echo what has passed for political discussion on the conservative end of the spectrum. At one point the seethingly unhinged Judge Freisler goes so far as to refer to Hans as a "terrorist," a moment that carries its own peculiar, time-warping frisson. That's shocking enough in its own right but it's unlikely it was the main concern of director Rothemund or his bracingly, uniformly fine cast, all of whom seem far more concerned, understandably so, with telling the day-by-day; hour-by-hour; and, finally, second-by-second end of the life of Scholl, who, as embodied by Jentsch, is clearly the sanest, most human being in the entire film, a committed Christian aflame with the righteous, unbending idealism that only youth can fully provide. This is an unapologetically distressing film, but neither Rothemund nor Jentsch allow themselves or their film to devolve into hysterics. Instead, Sophie Scholl plods along inexorably, one step after another, to its grim, sad end. It's almost unbearable. 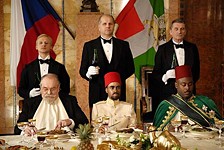 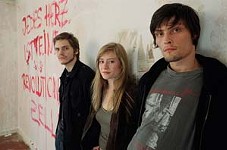 The Edukators
Sticking it to the man, German-style, is the subject of this smart, kicky little gem.