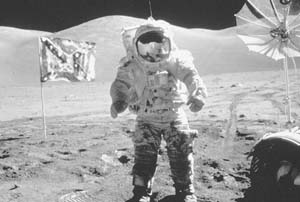 CSA: The Confederate States of America

It’s hard to know how to react to Willmott’s scathingly satirical, often horrific mockumentary. Purportedly made by a BBC-like outfit (and preceded by a notice that marks it as a “foreign” production that may not be suitable for all viewers), it takes place in an alternate reality where the “Northern War of Aggression” against the Confederate States of America was ultimately lost, thanks in large part to a handy assist from the French and English and the disastrous Union routing at Antietam. Willmott’s film goes for the blackest of humors during its fake commercial spots, which advertise such popular products as Sambo Brand Motor Oil, Darkie Shine Tooth Polish, and a restaurant chain for whites predicated on those old Southern favorites of collard greens and fried chicken. (The real horror kicks at the end of the film, when Willmott reveals that these ghastly joke products, were, in fact, the real deal not so long ago. Anyone over the age of 30 and not a Dukes of Hazzard fan surely recalls the phenomenally successful restaurant chain Sambo’s, and if you don’t, you really should take a moment to wonder why you don’t.) Presented by Spike Lee, CSA is a virtually unmarketable film that plays the race card every which way and loose. There’s the state senator making a bid for the (truly) White House who blithely remarks that “I only wish our old family friend Chancellor Hitler were still alive to see what has become of this great nation,” before succumbing to some particularly dark political mudslinging. While the performances are uneven, it’s difficult to tell if they’re actually spot-on in portraying an America where the “darkies” are kept sedated with Soma-like pharmaceuticals, and the Federal Department of Racial Identity forces Caucasians to submit to DNA testing after the passing of the “One Drop Law” (as in “one drop of nigger blood makes you a second-class citizen”). Ultimately, it’s a whiter-than-white vision of a blacker-than-black nightmare that too often feels far closer to our own reality for any kind of comfort whatsoever. There are droll comic flourishes in this very brave film, to be sure, but all you really want to do after watching CSA is hang down your head and cry. 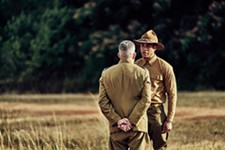