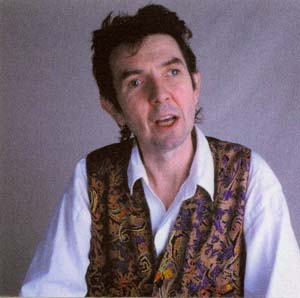 I can describe this rock documentary about musician Ronnie Lane in one word (or is it three?): Ooh la la. Using one of Lane’s best known song titles (co-written with fellow Small Faces bandmate Ron Wood) for a summary statement seems a bit hermetic but nevertheless appropriate for this movie that bathes the audience in its rich skein of music, lifestyle, rock history, and archival footage. More than a basic biopic about the salient events in Lane’s life, this documentary places the musician’s career within a broader cultural context. Part of that initial explosion of British, blues-based rock & roll, Lane formed the Small Faces, an influential band whose prominence only rose when the young Rod Stewart joined as the lead singer and the band, at Stewart’s urging, dropped the diminutive and became known simply as the Faces. (Reputedly, nothing about Stewart is small.) Never letting success go to his head, Lane had little taste for extravagance, although he did buy a countryside home where he hatched the idea for the Passing Show, a vagabond entertainment troupe that traveled England’s back roads in a caravan of buses and trailers, performing in circus tents they erected along the way. It was about this time in the Seventies that Lane started showing the first signs of the multiple sclerosis that would ultimately take his life in 1997. Eventually, Lane moved for his health to the American Southwest, and lived in Austin for a number of years where he hooked up with a whole new crowd of musicians. Talking about Lane in this documentary are music luminaries such as Eric Clapton, Pete Townsend, Joe Ely, and Rich Brotherton. Lane’s eccentricities and gullibilities are frequently cited, along with the musician’s lasting contributions. A wealth of concert footage is employed, making the film a visual treat and historic record. Ronnie Lane may have gone off to his Itchykoo Park in the sky, but with The Passing Show, we’ll have him to keep around forever. (See “TCB” for more on the movie, and “Special Screenings” for info about the special 60th birthday party to be held in Lane’s honor on Saturday.)