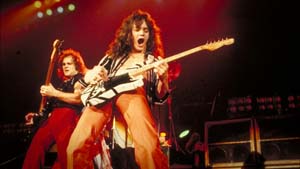 There are few things in life as sonically satisfying as the British heavy metal outfit Motörhead’s 1980 single “Ace of Spades,” a two-minute-and-49-second ode to the high-stakes high life of the rock & roll outlaw that sounds as if it were recorded in one take by angry, feral men with blown amplifiers and lacerated guitars. It sounds dirty, too, literally so, as though the music itself had just woken up from an all-night debauch, howlingly hung-over and lurching about, desperate to find that first revivifying belt of the day. KISS may have wanted to rock & roll all night and party every day, but the voice of Motörhead’s snaggletoothed frontman Lemmy Kilmister – razor blades wrapped in coarse-grain sandpaper and then doused with Jameson’s and set alight with a Lucky Strike dog-end – proved (and still does 26 years later) that his band really did. Like Robert Johnson’s plaintive Delta blues howl a half-century before it, it’s a sound that by all rights should lie forever due south of civilization: primal, reptilian, and aggressively addictive. If Black Sabbath is heavy metal’s sacred heart, then Motörhead is almost certainly its throbbing, thrusting libido. (Please, people, use protection when engaging in Motörhead.) Both Black Sabbath’s Tony Iommi and Motörhead’s Kilmister pop up as the chatty elder statesmen of metal in this vicariously thrilling documentary, which seeks to explain heavy metal’s many permutations (glam metal, the new wave of British heavy metal, speed metal, black metal, death metal, Norwegian death metal, ad infinitum) and its sheer endurance over the past 30-odd (sometimes very odd if you count King Diamond or Voivod) years. Dunn, a metalhead since the age of 13 who currently holds an advanced degree in anthropology, makes for an immediately ingratiating host, traversing the globe in search of answers like some scrawny, long-haired Indiana Jones. What he discovers will likely come as no surprise to headbangers – or punks, for that matter – but the mission of this smart and revelatory doc is broader than simple reportage: He wants the uninitiated to understand what all the fuss is about, too. And like the anthropologist he is, he succeeds in spades (and, yes, aces as well). Iconic names like Iron Maiden, Dio, and Alice Cooper chime in from time to time, but it’s Metal’s comprehensive and comprehensible dive into the history of the genre that is its most intellectually satisfying part, tracing the music’s regimented, bottom-heavy sound far past the blues to the martial, operatic epics of Richard Wagner, and beyond that the pounding polyrhythms of Mother Africa. Heavy metal’s penchant for attracting controversy is touched on as well as is its supposed objectification of women. (At one point a matriarchal metal detractor is asked what she thinks of Cannibal Corpses’ outlandishly gory cover art. She visibly recoils before answering, “Well, obviously things are much worse than I thought.”) Proto-groupie Pamela Des Barres and the women from Girlschool scoff at the very idea. There’s so much information and so many finely honed arguments in this ultimately joyous film that it’s liable to send audiences scurrying home to their computers to download the bands they’ve just heard. By Metal’s end, the only question that remains unanswered is a personal one: How on earth do I reconcile my love of Motörhead with my love of Morrissey (much less the Misfits)? Call me, Sam. (Metal: A Headbanger's Journey screened during the SXSW Film Festival.)

Rush: Beyond the Lighted Stage
...