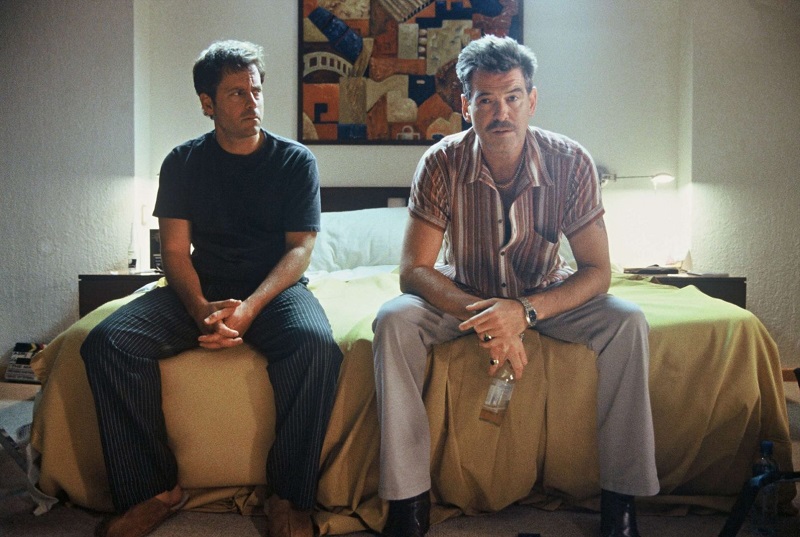 Lives in descent always make for fascinating viewing, and this oddball comic pairing of the ageless Kinnear and aging former James Bond Brosnan is an inspired travelogue through the land of the shaky, the hesitant, and the almost-but-perhaps-not-entirely doomed. For all its faux-European locations (jarring, massive intertitles announce locales like “Budapest” and “Vienna” every so often), the film was shot chiefly in Mexico City and resonates with a peculiarly American angst; it’s like Death of a Salesman if Willy Loman had been a contract killer, minus Miller’s airtight and joyless denouement. The killer here is Julian Noble (Brosnan), who is anything but. With his penchant for underage girls and a constant intake of margaritas, he’s James Bond in a permanent skid, striding through hotel lobbies in Speedos and boots in an alcoholic blur and inwardly panicking as his resolve and professional skills as a “facilitator of fatalities” crumble into so many empty and worthless shell casings. By happenstance, Noble, on assignment in Mexico City, falls in with traveling salesman Danny Wright (Kinnear) in a glossily soulless hotel bar. After some drunken banter – which goes hideously and hilariously wrong on Noble’s part – Wright confides that his life is something of a shambles: His wife Bean (Davis) and he lost their only son four years previous, and the marriage is drifting toward the inevitable emotional breakers. Things are tough all over, it seems, but when the frighteningly lonely Noble invites his new pal to a bullfight, and there reveals his occupation in a finely acted exploration of assassination theory, the film takes off as an improbable buddy picture that follows the apparently downward trajectories of its two leads. Much of the pleasure The Matador has to offer comes from watching Brosnan disassemble his longtime alter-ego. The character of Noble couldn’t be less like Bond, but distant, familial echoes are there all the same, in the drinking and ever-randy insouciance. What’s ultimately even more satisfying is writer-director Shepard’s finely calibrated script, which aims somewhere between comedy and pathos – there’s one particular shot involving the bereft hitman and an overlarge sombrero that’s far more poignant than it has any right to be – and scores an emotional bull's-eye from what feels like a million yards out. Much of this has to do with the small ensemble cast. It’s often difficult to remember that beneath Kinnear’s boyish looks and eager-to-please, almost canine mien resides a highly skilled actor capable of some remarkable inner twists. Davis, who is given less to do here than anyone and still nearly ends up stealing the show, is likewise affecting. In the end, it becomes a curious, postmodern sort of buddy comedy, but The Matador is anything but predictable, and therein lies its sublime and fascinating charm. 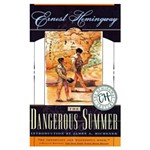 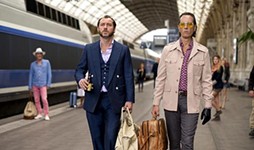 Dom Hemingway
Jude Law, all piss-and-vinegar as the titular safe-cracker, can't light the fuse of this dud.