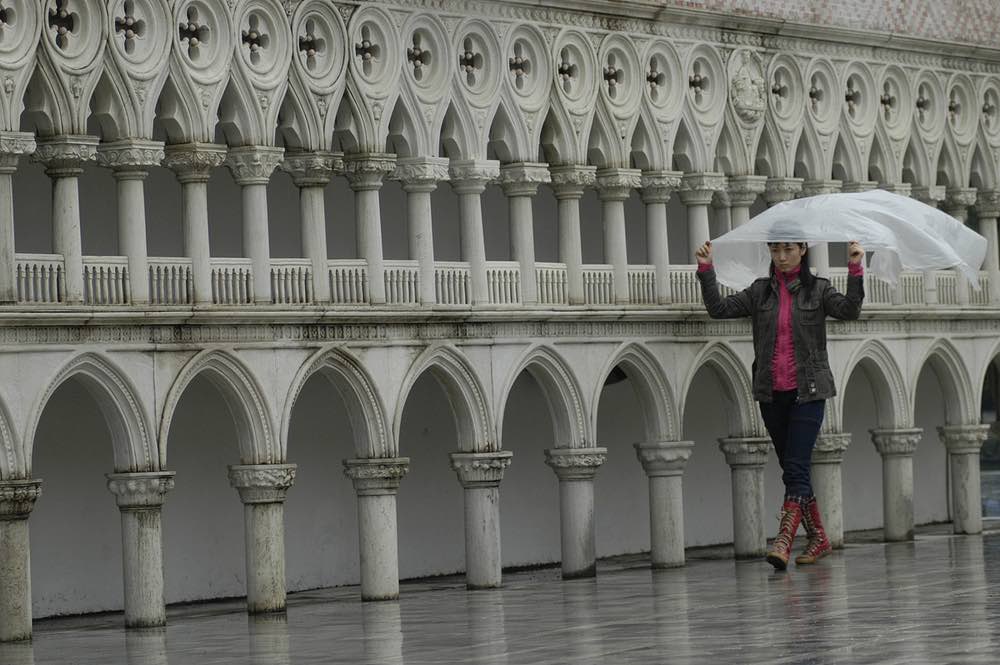 "Being stuck here all day will turn me into a ghost," laments Tao (Zhao Tao), a dancer in a dreary amusement-park revue, to boyfriend Taisheng (Chen Taishen), who sullenly guards the park (and refills the water dispenser) in an armbanded military-style uniform. Dating despite the seeming absence of passion, the two work together in a suburban expanse of Beijing, its grounds dotted with slack-jawed tourists goggling at smaller-scale replicas of the world’s cities. There’s a London Bridge, an Eiffel Tower, the Mongolian steppes, a Manhattan with the World Trade Center left proudly intact – as if it trounces the real thing. And since its visitors will likely never travel abroad from the People’s Republic, there’s a passenger jet with costumed flight attendants. But the false, forced brightness of the park ("See the world without ever leaving Beijing!") is always wearing through – a broken zipper, a fight backstage, dancers imported from Russia with their passports confiscated. Tao and Taisheng weave through the film’s lyrical story, grazing the city’s criminal underbelly while they drift together and apart as lovers, and director Jia (2002’s Unknown Pleasures) lets each event reverberate. One of the so-called Sixth Generation’s sleekest visualists – consider that animation and gaming giant Bandai contributes beautiful animated sequences for expressionistic effect – Jia is, like so many of his contemporaries, obsessed with the effects of modernism, globalism, and international commerce upon the culture and society of China, so this is no mere eye candy. The hopes of its young people, who’ve come from remote provinces ("I swore I’d become somebody," Taisheng proclaims) are ironically reflected in the beauty shots of World Park’s monorail (a cheerful voice informs passengers that its circuit takes 15 minutes) and their counterpoint – in every interior shot, backstage and in every squalid apartment, people are packed together like cordwood. But what is perhaps most remarkable about Jia’s film are its tragic optimism and emotional simplicity. While World Park sells tourists the simulacra of excitement, enrichment, and happiness, Jia’s characters are able to find those things themselves, in small doses – through a sincere friendship forged between people who don’t even speak the same language, through small moments of connection in an otherwise alienating world. It’s a magnificent film – thoughtful but not distant, aesthetically and technically sophisticated but staged with restraint and delicacy. Several key scenes are conducted almost in silence between two characters. When Tao and a Russian dancer (Chtcherbakova) share a pedicab ride through the park’s grounds, briefly escaping the tedium of park life by indulging in its pleasures, Jia’s camera skitters along beside them, and though the two women don’t interact, their shared sense of fleeting joy is palpable. The World is a fine choice to start off the weekly AFS @ Dobie series, which brings festival films from around the world for twice-nightly weeklong runs (for more info see p. XX of this week's Screens section), but it deserves a much wider audience. (AFS@Dobie) 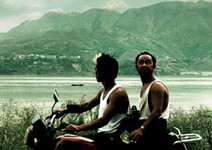 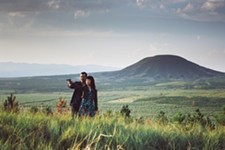