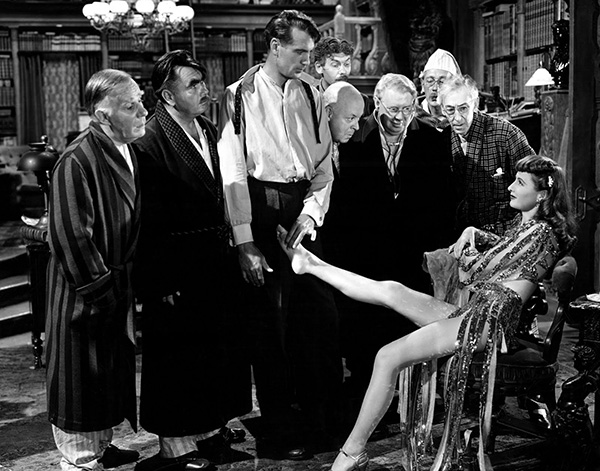 Barbara Stanwyck is a streetwise nightclub singer/dancer who, on the run from gangsters, ends up hiding out in the home of eight uptight, very proper professors (led by Gary Cooper) working on an encyclopedia. They are thrilled with her, begging her to stick around to help them define "slang." Written by Billy Wilder and Charles Brackett. One of the strangest riffs on Snow White and the Seven Dwarfs ever. Stanwyck is hot!

READ MORE
More Howard Hawks Films
His Girl Friday
His Girl Friday (as well as The Awful Truth) highlights Cary Grant and Ralph Bellamy in their eternal stereotypes of the cad who gets the ...