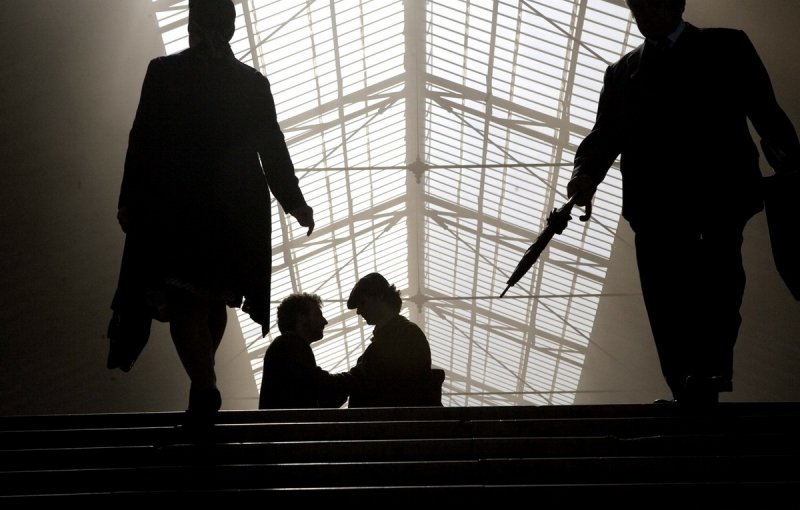 Spielberg’s take on the events following the murders of 11 Israeli athletes at the 1972 Summer Olympic Games in Munich by the PLO faction Black September is riveting stuff – and not just because so few people seem aware that then-Prime Minister Golda Meir (here portrayed by doppelganger Lynn Cohen) ordered the covert assassinations of the men who organized the killings. With its deeply ambiguous moral compass swinging from one extreme to the next, it’s also a horrifically topical meditation on the ultimate futility of vengeance, even when that vengeance seems entirely justified by previous events. And, of course, it speaks – with no ambiguity whatsoever – to the current state of Israeli/Palestinian affairs, a situation that, 33 years later, seems no closer to fruition than ever. Bana (The Hulk) plays Mossad agent Avner, who is recruited away from his seven-month-pregnant wife (Zurer) – who tells her husband “I’m with you until I’m not” – and the trappings of a relatively sane middle-class existence to head a team that includes four other specialists in the field of mayhem: the straightforward South African assassin Steve (future James Bond Craig), forger Hans (Zischler), toymaker-turned-bombmaker Robert (Kassovitz), and cleanup man Carl (Hinds), who here acts as the group’s misbegotten conscience when things begin to go haywire. Avner, unable to refuse a request from the prime minister (like so many of Spielberg’s protagonists, he has parental issues that have since been sublimated into his passionate love for the fledgling nation of Israel), takes on this seemingly impossible mission with unlimited funding (“I want receipts!” his overhead and oversight man repeatedly demands) but not much else. And thus, one by one, the backers of Black September begin to fall. For those who only recall Bana from his bland showing as Ang Lee’s super-thyroidial meltdown monster, his performance here is a revelation. Torn between his innate, everyman goodness – he demands proof from Rush’s catty bureaucrat that the human beings he’s involved in obliterating are firmly linkable to the events of September ’72 – and his role as Meir’s walking vendetta, he’s one of Spielberg’s most complex characters to date. Rush’s work here, too, is a masterstroke. With his penchant for baklava by the seaside and his casual dismissal of Avner’s Palestinian targets, he embodies the worst, and simultaneously that which is most necessary, in a modern state besieged by enemies intent on nothing short of its total destruction. There are obvious parallels to current events, of course, and Spielberg and screenwriter Tony Kushner (Angels in America) take tremendous pains to humanize both sides of the issue. When an inadvertent meeting with a group of PLO agents ends not in a bloodbath but in a dialogue, you realize, along with Avner, just how complex the Palestinian situation truly is; it’s a fantastic and fantastical moment, and one that succinctly sums up the utter horror that rises hellishly from the moral morass of employing vengeance as state policy. At more than 2 1/2 hours, Munich is dense, thoughtful filmmaking that nonetheless flies along as though it were tethered to the devil’s own sled. Seething not only with multilayered, subtextual arguments, it’s also a heck of a thriller, recalling everything from Marathon Man to Three Days of the Condor while mixing actual video footage of the Black September nightmare with some of the most finely calibrated – and stunningly humanistic – performances since Spielberg took on Oskar Schindler.