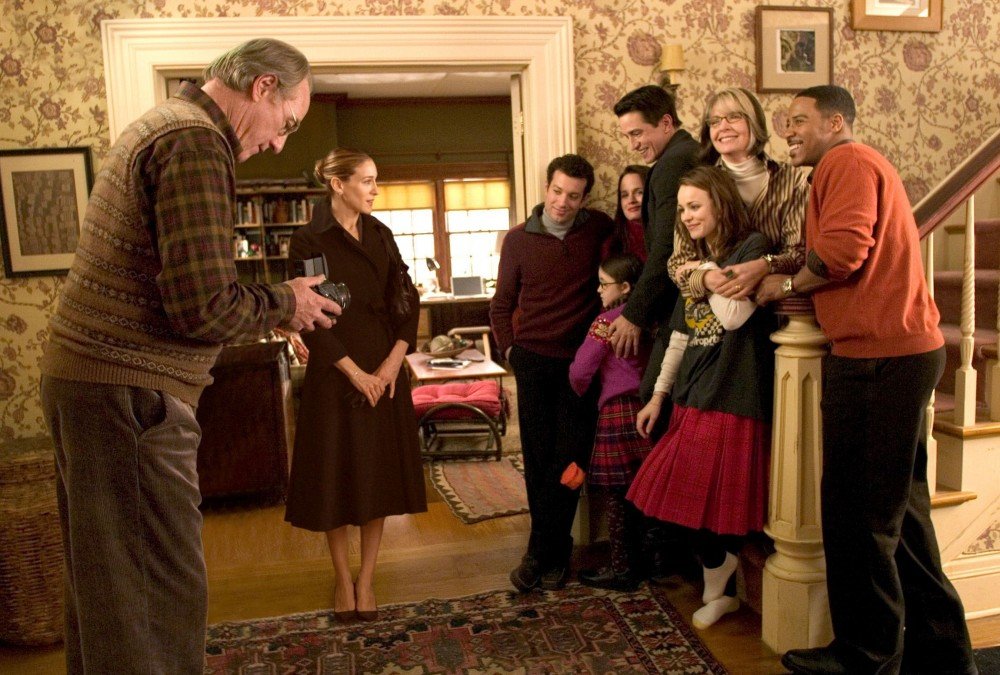 In plotting her next career move, it makes sense that Sarah Jessica Parker, late of Sex and the City, would want to avoid typecasting and steer clear of any flirty, free-spirit types like Carrie Bradshaw, whom she so winningly portrayed for six seasons. But methinks Parker may have tipped too far in the other direction: No one’s going to confuse this latest role – as Meredith, a woman meeting her boyfriend’s family for the first time – with the impish Carrie. One is meant to feel sympathy for Meredith as she is thrown to the den of lions (the title’s Stone family), but sympathy, let alone tolerance, is hard to muster when the character is such a tightwad and insufferable bore for easily the film’s first 40 minutes. (As if you didn’t know there’s a midmovie transformation coming.) But before Meredith can shake loose her pretty bun and, as one character urges her, "let her freak flag fly," first she must meet the family. Kelly (Nelson) and Sybil (Keaton) are pater- and mater-familias, welcoming home for Christmas their many children – deaf son Ben (Giordano), with his universally adored boyfriend in tow; pregnant Susannah (Reaser); the sweetly dopey, pot-smoking Ben (Wilson); and the baby of the family, Amy (McAdams), who gets the best entrance, shlepping out of her Volvo station wagon and swearing to herself as she wrangles an NPR tote and a big basket of laundry (in fact, those few details provide perhaps the strongest character sketch in this overpacked ensemble). And finally, the family’s golden child, Everett (Mulroney), who arrives with smart-suited, strait-laced Meredith on his arm and the intention of securing his grandmother’s wedding ring from Sybil so that he can then secure Meredith as his bride. But the Stones are a fiercely protective, clique-ish clan and none-too-impressed with Meredith, so the subtle sabotage begins, with snarky Amy leading the attack. There is some romantic intrigue, as well: The lingering question of "Do they or don’t they belong together?" is complicated by Ben’s long looks at Meredith and the arrival of Meredith’s little sis (an uncharacteristically blah Danes), casting doe eyes at Everett. But I’m disheartened to report that there’s not a lick of chemistry among the four, no matter how you pair them. The real love affair here is among the Stone family, a sharp and sparky bunch quick to call bullshit on one another, even quicker to smother it with a hug. There’s a lot to like here, including the nonissue of Ben’s deafness (characters often sign as they speak) and the consistent pleasure of the family dynamic. Writer/director Thomas Bezucha (Big Eden)’s likable film runs the gamut of emotions – hitting tenderness, rage, remorse, and everything in between – but it’s something of a speed trial: There are just too many damn characters, with the best ones taking a backseat to the dullish love quadrangle. 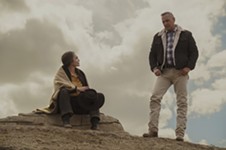