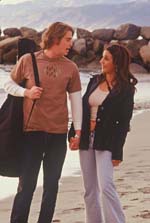 It’s difficult to know what to make of the remnants of National Lampoon these days. If you’ve managed to sit through their quasi-franchised Van Wilders and increasingly desperate Vacations, it’s nothing short of depressing to look back on the magazine that spawned, lest we forget, not just slapdash sex farces but also the forever-resonant Animal House, the tasteless genius of cartoonist S. Gross, and Gahan Wilson’s unforgivably unremembered anti-Peanuts comic strip, Nuts. National Lampoon, the magazine, was akin to Mad magazine for the righteously peeved and overly educated. Chevy Chase, John Belushi, and Christopher Guest were all cast members of the Lampoon’s celebrated off-Broadway Woodstock-bashing Lemmings, exactly the sort of too-smart-alecky, Me-Generation-skewering chaos the country deserved as it nosedived from Nixon’s mad implosion to the fall of Saigon and beyond. The magazine was a cultural force to be reckoned with, for a little while, at least. No one who saw it will ever forget the cover of the January 1973 issue, which sported an endearingly horrific photo of a recalcitrant-looking pooch with a nickel-plated revolver jammed up against its head and the brash headline: "If You Don’t Buy This Magazine We’ll Kill This Dog." That National Lampoon of cutthroat canine abuse and take-no-prisoners societal bile is long dead, and what we’ve seen of late doesn’t bode well for any future return to form. So now here’s National Lampoon’s Adam & Eve, which, oddly enough, is not a bad film by half; it’s got more heart and soul than the past three NatLamp features combined. At the same time, it’s nothing that’ll make your dog play six feet under, or, for that matter, remind you of just how elemental a comic force Belushi’s Bluto Blutarsky was back in ’78. Still, it’s a surprisingly warm piece of collegiate humor with far more than the necessary share of hormonal smarts and about as many sex and toilet gags as you'd likely suspect. The fine Cameron Douglas, son of Michael, plays Adam, who falls hard for Chriqui’s virginal Eve, which raises the question: How many days of swollen gonads will a modern guy endure in the name of true love? As directed by Jeff Kanew (Revenge of the Nerds), Adam & Eve surprises with its alternately profane and touching storyline. When Eve confides to her slutty sorority sisters that she "wants a love so permanent and exclusive between a man and a woman that it motivates me to keep my panties on even in the most tempting situations," the fastball hurled back her way is, "Who wrote that? Your mother?" Nope: Justin Kanew, son of director Jeff. Sweet and offensive; it’s enough to make Michael O’Donoghue grin in his grave. 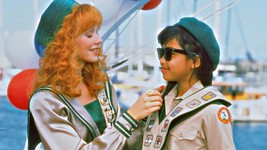