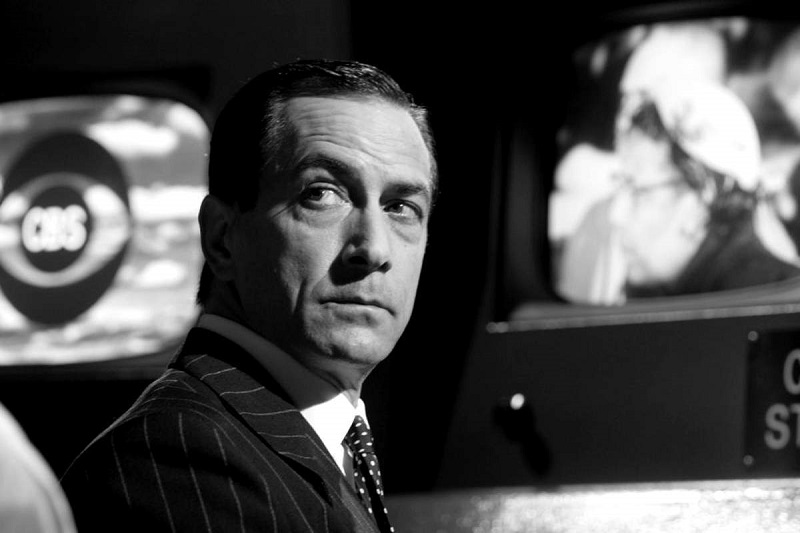 Director and co-screenwriter George Clooney strikes just the right tone in this screen story of TV newsman Edward R. Murrow’s courageous battle in the Fifties against the Commie-baiting Sen. Joseph McCarthy, whose bullying and deceitful tactics were the source of his congressional power and made him the most visible and loudest manifestation of America’s Red Scare. Filmed in lovely black and white that blends smoothly with the documentary footage of the McCarthy hearings used in the film, Good Night, and Good Luck also manages a successful merger between gripping entertainment and understated cautionary tale. The story’s implications for the present are there for the taking but are never pounded home or driven at overtly. Clooney’s film maintains its steady focus on Murrow and his colleagues at CBS, thus leaving viewers to form their own opinions about the story’s modern relevance. As the revered Murrow, Strathairn delivers the performance of his career, for once taking center stage and masterfully demonstrating why that’s where he belongs instead of being relegated to the support work he’s so dutifully and ably performed for so many years. Strathairn inhabits the body of Murrow with the newsman’s constraint, intense focus, and cigarette perpetually in hand. Clooney takes the subordinate role of Murrow’s producer and chief encouragement Fred Friendly, and though the role fudges a bit on the physical appearance and some historical details it is still a powerful portrait of a committed journalist. Almost all the film’s action occurs within the confines of the CBS studios and offices during the end of 1953 and the first few months of 1954. It was a time when television was still new and its customs and practices were not yet set in stone. Good Night, and Good Luck (which was Murrow’s broadcast sign-off phrase) does not attempt a rounded portrait or biographical survey of this journalist’s journalist. Nor does it attempt to lionize the man and his deeds. Instead, the film provides a more general portrait of the times and the fear and paranoia that ran rampant because of the Communist witch hunts and loyalty oaths that were de rigueur in the workplace. If anything, it’s a portrait of how to speak truth to power, journalism’s sacred trust, and a reminder of that obligation. We see Murrow doing his Person to Person celebrity fluff show as compensation for his more serious-minded See It Now program. One particularly telling scene occurs during a live interview with Liberace, who shows off his home to the audience and Murrow, who’s back in the studio with one eye glued to the McCarthy hearings while making continuous small talk with the piano man. Langella is terrific in a small but critical role as CBS president William Paley, although the one essential problem with the film is that it never clearly delineates the jobs fulfilled by the cluster of other newsroom employees that are always huddled about. Perhaps that’s due to the film’s narrow focus, and it’s a problem that’s easily overlooked in light of the film’s otherwise streamlined efficiency. 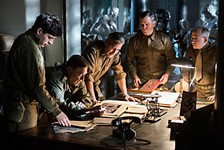