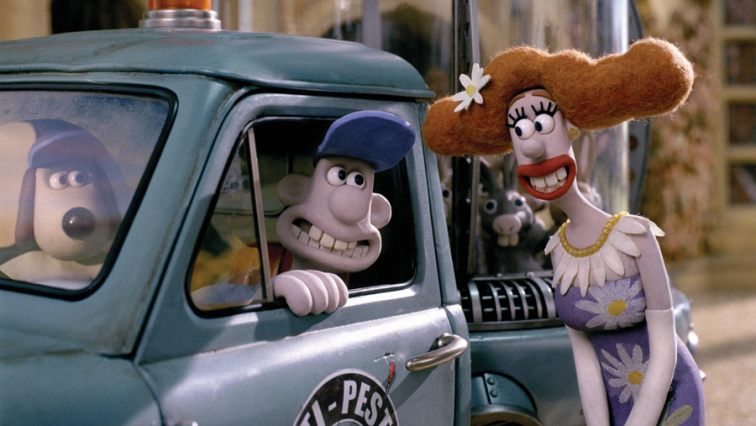 Wallace & Gromit: The Curse of the Were-Rabbit

Enough with the CGI animation, Disney, DreamWorks, et al.: Between Tim Burton’s smashingly fine Corpse Bride and this excellent new outing from Nick Park and UK-based Aardman Animations, the limitations of pixelated renderings are revealed in full, and they don’t hold a guttering candle to the tactile warmth and sheer organic wizardry of stop-motion animation (in which scale puppets – in this case clay ones – are moved incrementally, frame by frame, to create the illusion of life). Animation legends Ray Harryhausen knew this, of course, and before him King Kong’s Willis O’Brien, and their legacy – Argonauts, Kong, and all – are paid overdue homage by their cinematic progeny. Regardless of stylistic heritage, though, Wallace & Gromit: The Curse of the Were-Rabbit is first and foremost a brilliantly conceived and executed bit of Brit wit, perfect for both kids and their parents and anyone even remotely interested in laughing themselves silly. Charming and sweet and sporting some of the most exhilaratingly white-knuckled chase sequences this side of Bullitt, this is peerless entertainment of the sort so rarely achieved in major studio outings. Part of that has to do with Hollywood’s ongoing penchant for self-reflexive commentary (doubling as irony) à la Shrek, and part of it is the fact that good old-fashioned storytelling seems to have been replaced by snarky in-jokes and obscurantist pop-cultural references on a par with Dennis Miller’s untethered 3am id. In the world of Wallace & Gromit, the cheese-loving inventor and his faithful canine companion have no such hang-ups; they’re as comically and cinematically pure as a fresh-hewn slice of Buxton Blue and twice as delicious (and three times as funny). Here the oblivious garage inventor and his pal are running a pest-control service in rural England. Thanks to a scientific miscalculation on the part of Wallace (Sallis), which results in the accidental creation of a gigantic, vegetable-crazed rabbit intent on upsetting the local produce competition, the pair are thrust into a battle of wits with both their hare-y nemesis and local ’toff scoundrel Victor Quartermaine (Fiennes), who eschews Wallace’s humane pest-control methods in favor of a well-aimed rifle and enough foul-tempered venom to give Snidely Whiplash a run for his cash flow. There’s a love interest (voiced by the Corpse Bride and Tim Burton-paramour herself, Carter) for the perpetually single Wallace, of course, and a bury of rabbits that borders on the obscenely cute (as if there were any other kind). Park and co-director Box pepper the lightning-quick story with all manner of references for those who care to look (John Landis’ classic An American Werewolf in London is noted in no less than two separate gags – and possibly more), and nods to King Kong and assorted Hammer films crop up all over the place, as befits a film with a Halloween theme. It’s a ripping good yarn, to boot, breathlessly paced and seamlessly edited, but most important, resoundingly and surpassingly fun. 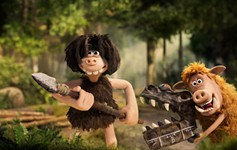 Early Man
Aardman's prehistoric animation has some evolving to do. 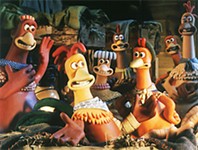