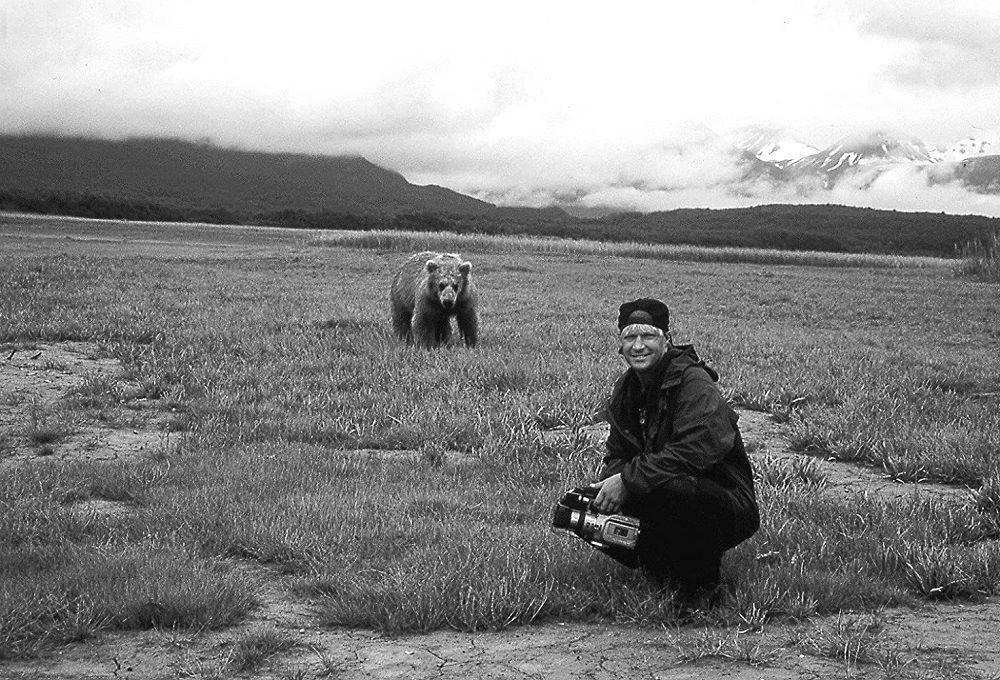 "Lions, and tigers, and bears. Oh my!" It’s a lesson that some of us apparently failed to learn during our journeys to Oz – or anytime else during our formative years, for that matter. "Oh, what big teeth you have," says Red Riding Hood to the wolf. And claws, too. Most human beings recognize that they were not meant to dwell up close and personal with grizzly bears: In any struggle for survival, the bears’ strength and fighting ability will dominate. And it’s tough to outwit something that can rip through your brains with a thwack of its paw. Nevertheless, people, and perhaps especially Americans, perpetuate some fuzzy notions about the inherent goodness of nature and the animal kingdom. We are angered when nature behaves irrationally and produces sudden tsunamis or when a tiger mauls his handler during a Vegas club act or a bear mauls a cub scout during a sleepover in the woods. We want to live in harmony with nature, and tend to be shocked when nature doesn’t play fair. Veteran filmmaker Werner Herzog is someone who suffers from few illusions, which makes him the perfect person to tackle this documentary about the life and death of Timothy Treadwell, a wildlife preservationist and amateur grizzly bear specialist, who spent 13 summers among the grizzlies in Alaska before getting devoured by them, along with his girlfriend Amy Huguenard, in 2003. Treadwell would go into the parks unarmed and pitch a tent, and spend his time hanging out with the animals, talking to them and touching them when they allowed. His activities are fairly well-documented in the volumes of footage Treadwell shot while there, and to which Herzog had access in making this film. Herzog cannily uses the footage to allow Treadwell to make his own case for the barrier-free tactics he used, which he often does in self-filmed monologues to the camera. Throughout Grizzly Man, Herzog also talks with Treadwell’s friends and supporters in the Grizzly People foundation he co-founded, as well as his parents, the coroner who performed the autopsy, park rangers, and others. Gradually, as the material accumulates, our image of Treadwell shifts from the perception of him as a towheaded wood sprite, passionate but probably misguided, to an understanding of him as a seriously deluded individual, a product of his own self-invention and vanity. We learn of Treadwell’s failed attempt at an acting career, his habit of passing himself off as Australian instead of American, his film rants that verge on paranoia, and his claim that he was in the wilderness to protect the bears from poachers (despite the contentions of the park service that the bears in this area were never under a serious threat of poaching). Almost everyone, except the Grizzly People true believers, thinks that Treadwell crossed over some line that was never meant to be crossed. Narrating the documentary, Herzog allows the evidence to build while asking gently probing questions of his interviewees and the audience. His interest is not in excoriating Treadwell, but rather in goading us to ask ourselves the deeper questions about the nature of the universe. Is the universe ultimately governed by harmony, benevolence, and respect – or chaos, murder, and self-interest? Herzog’s treatment of the tragedy that befell Treadwell’s girlfriend and companion is particularly poignant, and like the rest of the film, rife with incompletely answered questions. Drawn throughout his career to singular individuals with unique points of view (for example, Fitzcarraldo, Stroszek, and Klaus Kinski), Herzog finds the story of Timothy Treadwell intrinsically fascinating. Yet it’s his concern with using Treadwell’s story to examine our own impulses about nature that drives this film. Bolstered by footage of the always-stunning Alaskan landscape and a soundtrack by the estimable Richard Thompson, Grizzly Man is a truly provocative essay – and one that eliminates all possibilities of being just plain grisly, man. (See Herzog interview at www.austinchronicle.com/issues/dispatch/2005-08-19/screens_feature.html.)