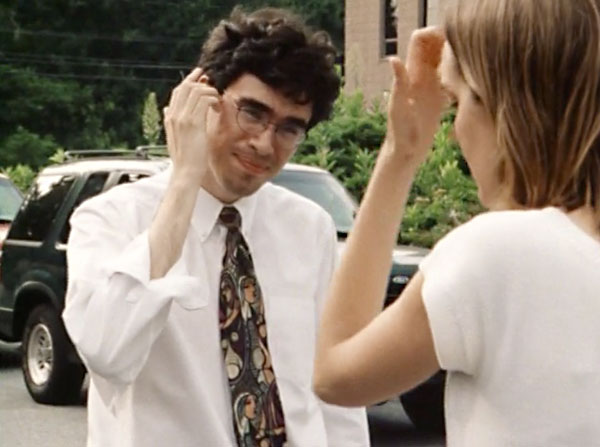 The thing about writer-director-actor Bujalski (whose second feature, Mutual Appreciation, screened at this year’s South by Southwest) is that his movies feel entirely unconstructed but are not. Imagine that someone set up a single camera in your bathroom and filmed you scratching your ass and brushing your teeth, then walking out into the kitchen to call and argue with someone – while you are still, of course, scratching your ass. For some of us, such a spectacle would be maddening. For the rest of us, it is genius. If Alfred Hitchcock’s movies are life with the boring bits cut out, Bujalski’s movies are the boring bits left over – the stops and starts of real conversations, the awkward pauses, the random interruptions, the people who show up and leave – for these moments comprise the majority of the human experience, and they are dramatically legitimate. Funny Ha Ha, for example, begins as its protagonist, Boston postgraduate Marnie (Dollenmayer, an engaging nonactor) walks into a tattoo shop. She has no design in mind, and come to think of it, she’s actually a little drunk and the no-nonsense artist won’t ink her anyway, so she gives up. Skin art is never again mentioned in the film; the significant thing is the fact of her half-fulfilled inclination. She’s full of half-fulfilled inclinations: toward work, toward socializing and her circle of friends, toward her own self-realization. In what could be the movie’s closest thing to a traditional climax, she makes a to-do list on the steps of the public library. She plans to get outside more, to befriend a co-worker, and to visit museums. Elsewhere in the film she pines for a guy (Rudder) who’s unavailable in every way. She gets fired and starts temping. She goes out to eat with a co-worker (Bujalski), who wants to be more than friends. Linklateresque in its unhurried rhythm and casual atmospherics, the film is also reminiscent of Agnès Varda in Cleo From 5 to 7 mode. In plainer terms, Funny Ha Ha feels exactly like what quarter-century malaise actually is. There is no sermonizing about youthful alienation or the value of friendship and intentional community. There is no cutesiness, no pop-culture nostalgia, no round-tabling about the Meaning of It All. Funny Ha Ha is often offhandedly funny, and Bujalski has a knack for letting scenes build and then cutting out abruptly, duplicating the flow of a life in flux. But the Shins aren’t going to swoop in on the soundtrack and change Marnie’s life. And that’s the really scary part. For interviews with Bujalski see I Hope You're Happy Now and "'I Made a Movie, and They Didn't Want It!". 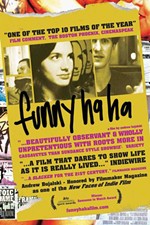