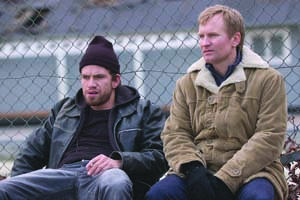 Like her previous film, Open Hearts, Brothers is a psychological drama minus the psychology, and is based on a story idea by Danish director Bier and a screenplay by Anders Thomas Jensen. Both films set forth dramatic storylines that lead their characters into events that cause continual self-questioning of their reasons and motives. Yet the plot of Open Hearts seemed original and unpredictable, while Brothers is a more conventional work whose story of the shifting identity between two brothers is material that’s been covered countless times before. Michael (Thomsen) is the good brother: a responsible family man and soldier whose Danish unit is heading to Afghanistan as the movie begins. Jannick (Kaas) is the family black sheep seen at the start of the film getting released from prison for a senseless and violent crime. Dutiful Michael goes to war with willing optimism, Jannick returns to the family as the inscrutable screw-up he’s always been. Then, something about Michael’s absence allows Jannick to step up to the duties of looking in on Michael’s wife, Sarah (Nielsen), and kids, and finishing the much-needed makeover of their kitchen. Meanwhile, Michael’s horrifically traumatic (and secret) experiences in Afghanistan leave him with an uncontrollable rage and jealousy that threaten to undermine his entire family. During their absence from each other, the brothers have essentially switched identities, but the film leaves it to us to figure out the whys and wherefores. Without the constant presence of Michael’s slight superciliousness toward him, Jannick is able to drop the resentments toward Michael that so often got in his way … or something like that. Although it is still rather unadorned, Brothers is filmed in a more elaborate manner than the Dogme-certified Open Hearts, although this film’s unwillingness to comment on or analyze its characters is similar. Yet, in the end there’s not all that much to unravel in this story of two brothers (Michael’s spouse, Sarah, is purely a reactive character). It’s interesting and well-performed, but it’s no Cain and Abel. 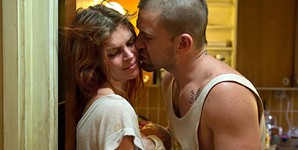 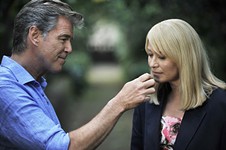