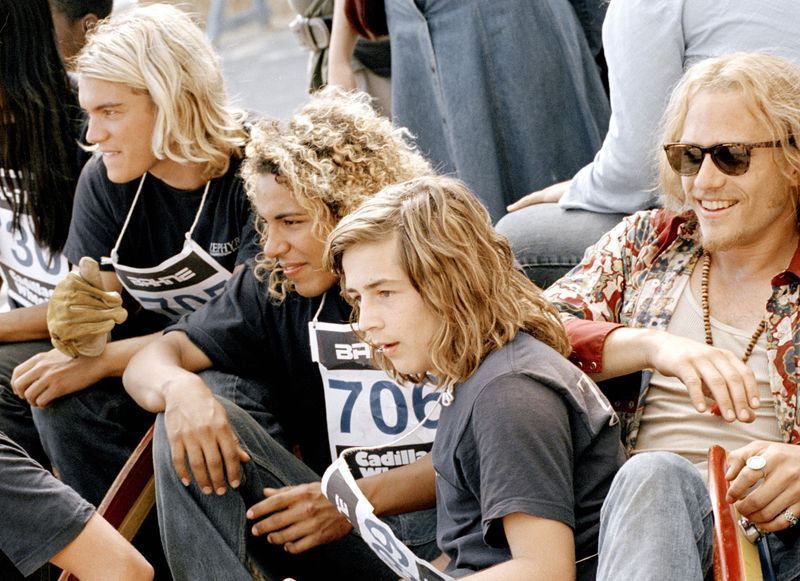 Skaters everywhere owe a debt of gratitude to Stacy Peralta, and not just for the Bones Brigade and Powell-Peralta decks. It was Peralta’s breathtaking 2001 documentary Dogtown and Z-Boys that served as the impetus for this, the first – and thus far the best – feature film about skate culture and the mid-Seventies Southern California scene that birthed everything from competitive skating to the fine art of hanging ten and hanging out on concrete, no waves necessary. Peralta’s film remains a high-water point in American pop-culture documentation. It’s right up there with its soggy twin, Bruce Brown’s The Endless Summer, and it goes without saying (but we’ll say it anyway) that if you’re even the least bit interested in skateboarding, Z-Boys is mandatory viewing. That said, this narrative re-creation of Peralta’s doc, from his own script and directed by Thirteen’s Catherine Hardwicke, is a blast, as accurate as it ought to be with more than enough mythology thrown in for good measure. It’s the story of a ragamuffin group of friends – Stacy Peralta (Robinson); Tony Alva (Rasuk); Jay Adams (Hirsch); Sid (Angarano); and their Fagan, Zephyr Surfboards owner Skip Engblom (Ledger) – who saw a niche one drought-ridden SoCal summer and filled it with urethane wheels and scrawny little plastic skateboard decks. Engblom harasses his "team" to greater and greater heights, until the motley and very blond crew inadvertently changes adolescence as we know it. Hardwicke’s film doesn’t have a lot of plot to go around, but Lords of Dogtown works best when it seems like it’s not working at all. Cinematographer Elliot Davis (along with legendary skate-DP Lance Mountain) captures the lowdown speed of skateboarding, the grinding skraaw of itty-bitty wheels on asphalt, the windy rebel thrill of curb-hopping abandon, and the pure delight of what was and is essentially surfing on land. Everything else is secondary, but to Peralta’s scripting credit, Lords never feels remotely like a Hollywood version of youth gone wild. If anything, it’s closer to Jonathan Kaplan’s gritty suburban meltdown Over the Edge, or even Penelope Spheeris’ punk-rock melodrama Suburbia, all sun-drenched angst and pre-Van Halen (or Black Flag, who show up at one point in the form of Rise Against, for that matter) Spicoli-isms. To a one, the cast aces their roles. Rasuk’s preening, fame-hungry Alva is a dead ringer for the real Alva, Robinson’s straight-edge Peralta is the waify backbone of the nascent scene, and Hirsch’s troubled Adams is all scabs and edgy, dangerous sexuality. That’s one thing people too often forget to mention when discussions of skateboarding come up: the sheer, visceral eroticism of dropping into and sailing up and over the curved lip of an empty, blue pool, shirtless and with the sun beating down, illuminating everything in that pristine Southern California light. Hardwicke rivals Larry Clark when it comes to catching that fluttery sex vibe onscreen. Thirteen was less of a joyride than this film, but both movies nail it with cool to spare. Lords has its weak points, chief among them De Mornay as Adams’ drunken, party-girl mom and a penchant for montages set to what sounds like K-Billy’s Super Sounds of the Seventies minus Steven Wright, but that seems like a minor quibble when the future of adolescence is at hand.