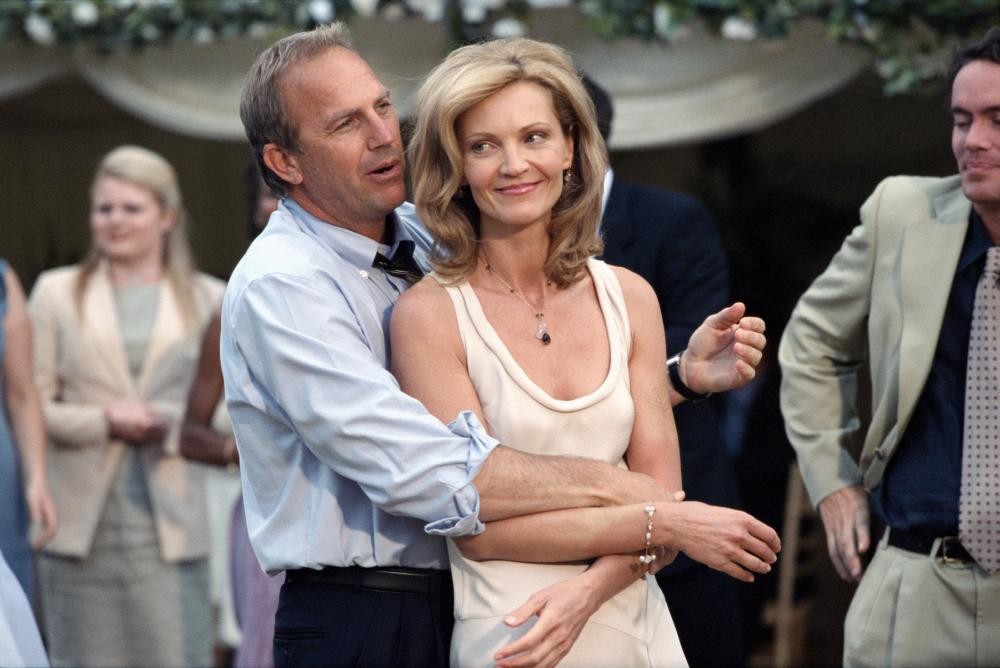 The Upside of Anger

The two fantastic performances by Allen and Costner that anchor The Upside of Anger are the reason to see this contemporary drama about romance between two flawed adults. The script by writer-director Binder (who is also cast in a key role) crackles with sharp dialogue and insight, although conversations frequently threaten to turn glib before backing away. The script is also burdened with several distracting subplots and a trick ending that falsifies the drama that has occurred for the previous hour and a half. These are big problems that preclude The Upside of Anger from greatness, however the strong performances and the film's unflinching tone make it a standout in the generally drab field of romantic drama. Allen is disarmingly good in this starring role as Terry Wolfmeyer, the suburban Detroit mother of four girls, who is suddenly abandoned by her husband, whom she assumes has fled to Sweden with his former secretary. We are told in voiceover by one of her daughters that Terry used to be a sweet, even-keeled person, but that in the wake of her husband's desertion she has become emotionally difficult. As we all know, teenagers are hardly the most impartial and trustworthy observers of their parents’ emotional states, so the movie’s initial commentary sounds unintentionally dishonest: Who is this child to speak for her mother’s hurt? Binder, who is best known as the creator of HBO’s The Mind of the Married Man, has a good amount of history in creating stories out of the real and imaginary conflicts between the sexes. Yet here, in The Upside of Anger, the conflict has more to do with the conflict between the classes and lifestyles, although the film funnels these conflicts into more of the same old "men are from Mars, women are from Venus" controversies. Allen’s Terry is not so much aggravating as she is prickly: She’s an affluent homemaker with a patrician mien, who’s filled with too much indignation to chase after her husband. Costner’s Denny Davies is a retired baseball player, whose flabby, lackadaisical approach to life and love is at odds with Terry’s – but, you know, opposites attract and all that. Costner and Allen inhabit these roles so thoroughly that it’s possible when they’re alone onscreen to forget the many fictions that support the movie. It’s one of those rare screen portrayals of grown-up love between adults who had previously thought themselves too smart to get involved. The Upside of Anger segues however into subplots involving each of the four daughters – material that is clearly tangential to the subject at hand. Christensen, Wood, Russell, and Witt are almost too good as the Wolfmeyer girls: Each is individuated and undergoes unique turmoils, but there are just too many stories for one movie to handle. Also, the film never adequately answers the question of what the "upside of anger" actually is, other than that it eventually goes away. Even though Binder’s characters are all gems, the filmmaker needs to further hone his storytelling craft. 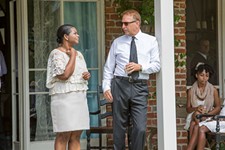 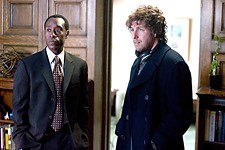