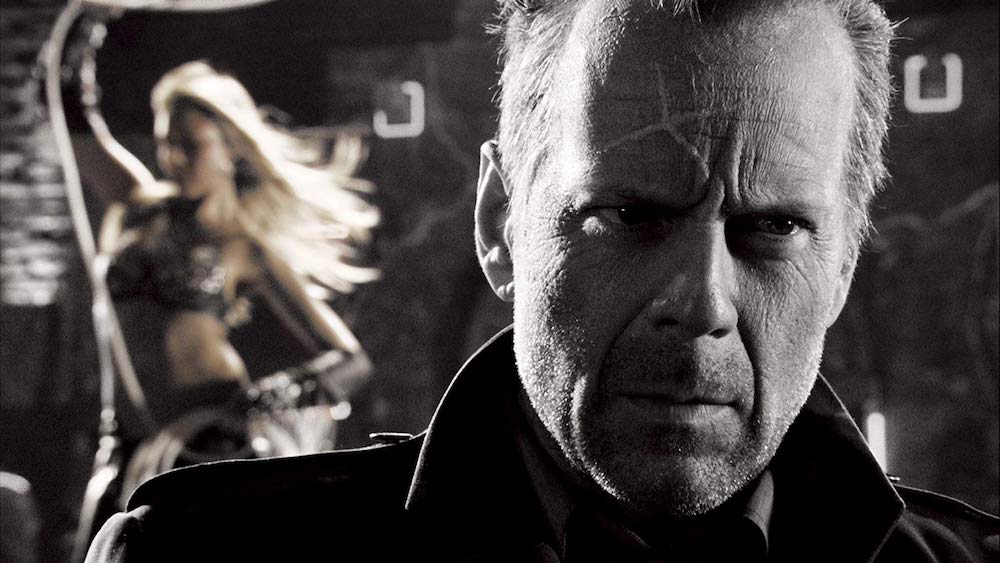 Let’s not mince words: Sin City kicks ass. You’ll have to excuse the language, but, in the context of the film, it’s entirely appropriate. Honestly, this ultra-noir adaptation of Frank Miller’s black-and-white cult comic series is a visual feast ripped straight from the original medium’s blood-soaked pages. It’s a total immersion in Miller’s grim, gin-soaked dystopian world, aided and abetted by Austin’s Robert Rodriguez (and shot here at his own studio) with an assist from honorary townie Tarantino that simply makes every other comic book adaptation yet filmed seem downright tedious. If you’re not familiar with Miller’s work, we’ll just say he’s the writer/artist who re-imagined Batman as The Dark Knight Returns, brought a shopworn Daredevil into the dark of day, and created this shockingly good homage to the hard-boiled antiheroes of pulp fiction: part Mickey Spillane machismo run amok, part Dashiell Hammett stripped down to the bare-knuckle essentials. The closest contemporary parallel might be Andrew Vachss’ gritty Burke novels, but even they fall short of Miller’s mega-masculine mark. Working with a dream cast who performed nearly all of their roles in front of nonexistent green-screen backgrounds that were added later via CGI, Sin City’s look and feel is genuinely unique. And, again let’s not mince words, it’s also an incredibly violent tale of love and death, retribution and absolution, both immoral to the core and almost biblical in its Old Testament prescripts of eyeballs for eyeballs. Presented as a triptych of interrelated stories all set in and around the Gotham-esque burg of the title, Rodriguez and company have mined the best of Miller’s work and come up aces. It’s not just the top-notch (over)acting and dialogue, which, it bears noting, is so hard-boiled you could shatter a molar on it, but also Rodriguez’s daring use of color in an otherwise black-and-white epic. There are hints of flesh tones here and there, but it’s the red stuff – spraying, dripping, jetting, pooling – that is most prevalent. In terms of story, it’s Miller Time and then some: Willis plays Hartigan, the Last Honest Cop, who is on the trail of Nick Stahl’s foul-as-dog-waste rapist-murderer, and spends his time in pursuit of the truth only to find it biting him on the keister in the endgame. Rourke, made up to look like the world’s meanest barroom brawler, plays Marv, a streetwise tough who wakes up one morning to find the dead hooker Goldie (King) in his bed and the cops on his tail. And then there’s Dwight (Owen), a career criminal with a soft spot for the city’s legions of fallen women (among them Devon Aoki’s spirited Mijo and Dawson’s materfamilias Gail), and a new face to boot. All three overlapping storylines are united not by one another, as you might expect, but by Rodriguez and Miller’s inventive, purely cinematic use of imagery, nearly all of which is lifted directly from Miller’s original artwork-cum-storyboards. The end result is a one-of-a-kind film that’s both incredibly offensive and undeniably entertaining, using casual misogyny and offhanded amorality much like its direct literary forebear Mickey Spillane. It should go without saying (but I’ll say it anyway) that this isn’t going to be everybody’s cup of tea. For those who enjoy their tough-guy testosterone straight up, no chaser, it’s a 120-proof sucker punch to the cinematic solar plexus. 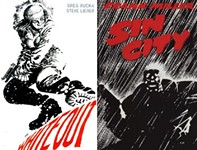