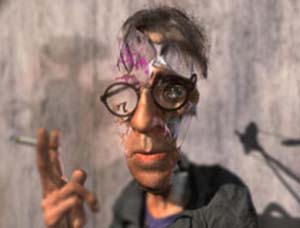 Relax. They’ve already been nominated for Oscars, so this collection doesn’t suffer from the qualitative unevenness common to Spike and Mike’s frequent outings. Opener Jeff Fowler’s "Gopher Broke" is a CG-animated tale of a peckish gopher forever frustrated in his quest for fresh vegetables; it may feel like a Pixar also-ran, but the climactic sequence is as funny as anything you’ve seen this year. Sejong Park’s "Birthday Boy," also CG, takes a more winsome tack as it traces the course of a puffy-faced Korean boy playing soldier at home while his father is off at the front. Quiet and contemplative, it captures both the internal fantasy life of children and the surreality of the wartime home front. "Two Cars, One Night," from New Zealand’s Taika Waititi, is a perfectly pitched story of three Maori children left to their own devices when their parents hit a local bar. By turns tentative, boisterous, and touching, a 9-year-old boy and a 12-year-old girl become friends with a flirtatious feint-and-parry that rivals James Dean and Natalie Wood’s youthful bonhomie in Rebel Without a Cause. While most of the films presented here have at the very least a certain amount of whimsy, the British Oscar-winning short film – Andrea Arnold’s "Wasp" – is relentlessly disturbing, almost to the point of outright despair. It’s the story of a young Manchester mother who, desperate for a night out, takes her four tots along with her to wait outside the local pub while she makes time with an old flame inside. The titular insect makes a horrific appearance toward the film’s end, but it’s the top-drawer acting and Arnold’s utterly matter-of-fact direction that render this such a powerful statement about child welfare and the lack thereof. On a lighter note, sort of, Spanish filmmaker Nacho Vigalondo clocks in with the bizarre musical number "7:35 in the Morning," at which time a young woman drops by her usual cafe only to find an oddly charming man and a gaggle of seemingly bewildered patrons serenading her with one of the most bizarre love songs since Serge Gainsbourg met Brigitte Bardot. "Little Terrorist," from Indian director Ashvin Kumar, finds an Indian boy chasing his cricket ball into the no-man’s-land between India and Pakistan. Pursued by border guards, he finds assistance from the local schoolteacher and, ultimately, a way back home that puts the lie to the rancor between the warring countries. Canadian Chris Landreth’s animated "Ryan" is a heart-rending documentary look at the past and present of Ryan Larkin, an Oscar-nominated animator (in 1970) who has since lost his way to drugs and drink. Despite its grim subject matter, Landreth’s film (with no small assist from Larkin) is something of an artistic masterpiece. Finally, American Alexander Woo’s 2004 Student Academy Award winner "Rex Steele: Nazi Smasher" is a galloping slice of proto-Americana that gleefully mines everything from Indiana Jones to those old Republic Serials and leaves nary a straight face in the house. It’s as inventively retro as it sounds.