Shakespeare’s thorniest play arrives in this new film format with most of its prickliness still intact. The poetry of Shakespeare’s language is given the freedom to soar by director Radford (Il Postino), and as the moneylender Shylock, the famed scenery-chewer Pacino delivers a reasonably restrained and impressive performance. Yet no matter what is done to contextualize the play’s inherent anti-Semitism (the movie is prefaced by an explanation of the rampant anti-Semitism in the play’s milieu of 16th-century Venice and how the Jews were ghettoized and predominant in the field of money-lending since this was an activity banned by the Catholic Church), it cannot be divorced from the story without also severing its emotions and motivations. When, at the film’s climax, Shylock demands his promised pound of flesh for the 3,000 ducats he loaned to the Venetian merchant Antonio (Irons), the film threatens to turn quite bloody as Shylock refuses to be appeased in any other manner. Radford also takes pains to demonstrate the physical and verbal abuse Shylock faces when venturing out from the ghetto or otherwise interacting with the Christian majority. The moneylender’s venom and desire for retribution become understandable and emotionally warranted in this context. The movie’s sets, costumes, and collections of humanity seem quite realistic, to the point that you can almost smell the muck in the canals and cobblestones. Unexpectedly, it turns out that the anti-Semitic drama probably holds more fascination for modern audiences than Merchant’s comedy, which is its real stock-in-trade. The movie – and the play – has long, drawn-out sequences involving the suitors of Portia (Collins), who must guess the correct contents of three boxes in order to earn her hand in marriage. These sequences and her later disguise as a male lawyer seem labored. Additionally, an essential subplot about the elopement of Shylock’s daughter, Jessica, seems aloof from the rest of the story. William Shakespeare’s Merchant of Venice may help in bringing some of the Bard’s language to life, but this rendition is hardly a freshman course. 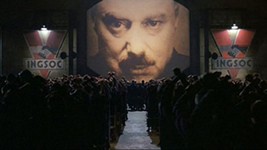