Jean-Pierre Jeunet labored for years to bring this adaptation of Sébastien Japrisot’s World War I novel to the screen, but only after the international success of his last film, that bright, shiny plaything Amélie, were the necessary doors flung open to him. Pity that: I wonder what kind of film A Very Long Engagement might have been had Jeunet tackled it on the heels of his Nineties collaborations with Marc Caro, the deliciously macabre Delicatessen and The City of Lost Children. After those films (and Jeunet’s solo debut, Alien: Resurrection), the light-hearted and fleet-footed Amélie felt like a happy anomaly. But Jeunet has misguidedly carried over some of that film’s sensibilities (its glibness, its manic pace) to A Very Long Engagement, making for, at times, a very ill fit, indeed. He’s also brought over that film’s star, Audrey Tautou, she of the irresistibly impish grin. Here, she plays Mathilde, a tuba-playing country girl whose childhood bout with polio left her with a hobbling limp. When World War I breaks out, Mathilde’s childhood sweetheart, Manech (Ulliel), is conscripted; the film begins with news of his death. Accused of intentionally wounding himself in order to receive a discharge, Manech is sentenced, along with four other soldiers, to death. (It’s worth noting that it’s initially extremely difficult to distinguish these four soldiers, covered in foxhole muck and unruly facial hair, from one another; Manech is easier to spot in that he looks barely out of his schoolboy shorts and still a ways off from whiskers.) Despite reports of Manech’s death, Mathilde – as is oft the case with fictional heroines of a certain soulfulness and pluck – insists that her fiancé is still alive. Undeterred, she launches her own investigation into what happened with Manech and the four soldiers, which includes windy (but pleasurable) explorations into the lives and loves each of those men left behind. In fact, it’s in these vignettes that A Very Long Engagement connects most profoundly. (Incidentally, Jodie Foster pops up in perhaps the most moving thread, tripping French off her tongue like it was her mother language.) These asides are, in turns, suspenseful and moving, funny and tender, and engage in ways that the central story – that of Mathilde’s quest and, more broadly, her love affair with Manech – never does. Jeunet invests little more than a passing glance at their courtship; although there is a lovely, candlelit scene of first seduction, it’s not a hell of a lot to hang a love story on. The landscape of Jeunet’s film is epic; the heart of it, alas, plays more like puppy love. (It helps not at all that the baby-faced Ulliel is a full six years younger than his co-star, and looks every bit it.) The scenes of warfare and trench life are realistically awful and blood-caked, but the power of these scenes is besmirched by Jeunet’s tendency toward … cutesiness, frankly. (I’ll offer up as Exhibit A the recurring refrain that goes, "Doggie fart gladdens my heart," and leave it at that.) The elements are all here for something spectacular – and in brilliant bursts, Jeunet really gets it – but in the end, all that potential is sunk by a terminally confused tone and milquetoast pairing of lovers. Pity that. (See interview with the director austinchronicle.com/issues/dispatch/2004-12-24/screens_feature.html.) 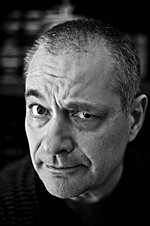 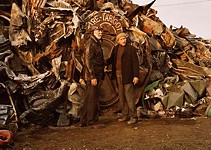 Amélie
Why not get happy? Why not celebrate love, and little twists of fate, and a sepia-in-Technicolor portrait of Paris? Amélie's heart is in the right place – squarely on its sleeve. And what better place for it?