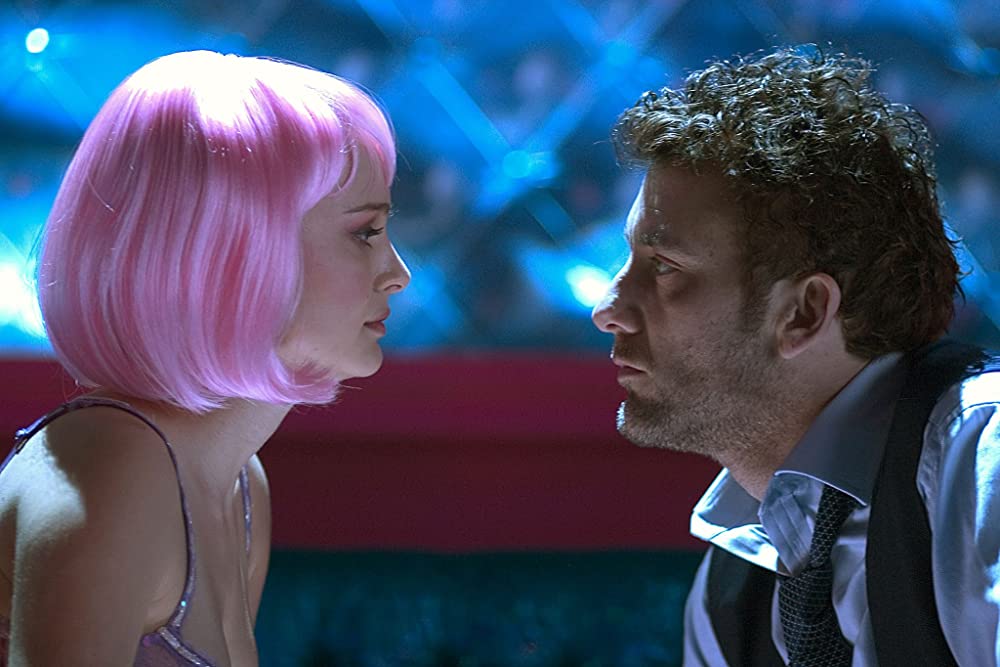 War is hell, but it’s nothing compared to what we do to others and ourselves in the name of love. That’s the premise of Closer, a relentlessly nasty film adapted from Patrick Marber’s play that manages to win you over despite the fact that all four of its characters are clearly marked "damaged goods." Don’t just return to sender – burn the box and shoot the mailman. Thanks to the immensely talented cast, Marber’s excruciatingly accurate poison pen, and Nichols’ assured directorial hand, however, the film sucks you in and sends you reeling. These four individuals are as base a lot of hopeless emotional black holes as any you’d be unlucky enough to encounter, but the real sting comes when you recognize the characters for who they are: Like Romero’s zombies, they’re us. Petty jealousies, covert betrayals, and a heaping helping of sadomasochistic self-loathing make for fine drama but lousy relationships, a life lesson that often takes so many so long to learn in the real world. Nichols has visited these dire environs before in Who’s Afraid of Virginia Woolf? and Carnal Knowledge, but Closer, with its string of vitriolic contretemps and redoubtable "pas de dooms" played out amid the iconographically hip backdrop of modern London, is like a slap in the face of romanticism. Law plays Dan, writer of obituaries and aspiring novelist, who spies young Alice (Portman) crossing the street one fine day. Their eyes lock and tumble, and then she steps off the curb and is struck unconscious by a passing car. Seconds later she opens her eyes to find Dan kneeling over her, uttering the improbably perfect line, "Hello stranger," and we’re off. Great films begin with minutely micromanaged scenes such as this, but for Nichols, as for the characters, it’s just the start. As the film jumps back and forth in time (a device lifted from Marber’s original stage production), Dan and Alice end up moving in together (she’s an ex-stripper with a gauzy past), he writes a book about her, and then he falls for photographer Anna (Roberts) when she shoots his jacket photo. Dalliances ensue, and Owen, as the alpha-male dermatologist Larry, enters the picture, only to fall for Anna (who may or may not have a thing for Dan). Recriminations and duplicities, both minor and major, pepper the script like saltpeter buckshot, and there you have it: Relationships for the Damned 101. All four leads ace their disreputable roles, with Roberts and Owen downright painful to watch during a scathing scene in which a suddenly emasculated Larry demands to know the particulars of infidelity. Who with, how many times, what position, where? Here? Jesus, no, not that, anything but that. It speaks volumes to the director’s mastery of the form that, despite the audacious and ill-advised tortures these characters inflict upon one another, Nichols (and Marber) manages to wrest a glimmer of pity for them, just. Love’s fractured fairy tale writ small and petty and almost too real to bear without flinching, Closer is an un-love story as honest and naked as Cupid in the devil’s dock, the whole truth, and nothing but.