Grand Champion, the story of a young boy and his prize steer, may be the only film in recent memory to merge Free Willy with a genuine rural America 4-H club sensibility, which is not in itself a bad thing. The fact that adolescent Buddy chooses to name his newborn heifer "Hokey" is too easy to poke fun at here – this film is so earnest in its attempt to portray the simple rhythms of countrified living and do-right Americana that I’d feel like a right curmudgeon in saying that the critter’s moniker might as well be the film’s more accurate title. But what the heck, when you’ve got Dixie Chick Natalie Maines as a cow show announcer who can’t seem to banish the "uhs" and "ums" from her sideline patter and everyone from Bruce Willis to Robert Earl Keen turning up in various cameo roles, you’re asking for trouble from cynical, wiseacre critics the world over. The story, pure hokum though it may be, is at least an honest attempt to return to the down-on-the-farm heart-warmers of yesteryear, Old Yeller sans the doom. When Buddy takes Hokey to the big show (and I’m giving nothing away here) he wins the coveted grand prize only to discover that the winning steer traditionally ends up in the same place as the losers: on a dinner plate. Understandably distraught that his pal isn’t going to end up a PETA mascot or grass trimmer at some anarcho-vegan squat, Buddy and pal Edgar (Williams) decide to rescue the T-bone-to-be and the expected lovable family chaos ensues. Director Tubb has at least made a film that’s easy to watch and almost painfully sweet-natured. Cinematographer Daniel Moder (his next project is listed on IMDB as being Straight Out of Compton 2, which wins him top honors in the stylistic dissimilarity department) bathes the film in a warm and inviting golden glow, which, combined with a winningly winsome performance from Joey Lauren Adams as Buddy’s single mom and the earthy, feel-good heart at the core of the story, makes for an archetypal family film that’s as easy on the heart as it is untaxing on the intellect. Hokey, yes, pokey, to be sure, but also a respite (should one be needed in your household) from anything remotely controversial, offensive, or involving mismatched buddy cops or chain saw-wielding maniacs. (See austinchronicle.com/issues/dispatch/2004-10-15/screens_feature2.html for a related article on the director.) 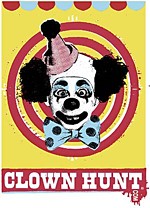