Not reviewed at press time. This Bollywood melodrama (which translates from Hindi to In Your Heart You're Mine) charts the love story between a grieving widower and the woman who receives the transplant of his late wife's heart. 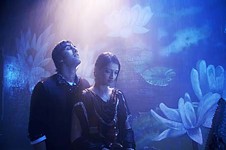