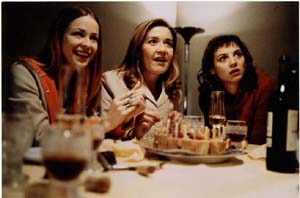 This Spanish import begins with middle-aged Sofía (Sardà) dropping a mighty bomb on her three grown daughters – not only has she taken a lover, but the lover is a woman, and 20 years her junior. Her adoring but self-involved daughters take the news badly, most especially Elvira (Watling, the comatose dancer in Almodóvar's Talk to Her). Elvira's family says that she "feels too deeply," which is a polite way of saying she's completely nutter. Undone by self-doubt and self-defeat, her constant nattering on – to her family, to her therapist, to her suffering sorta-boyfriend – would play like nails on a chalkboard if the elvish Watling wasn't such an appealing presence. Similarly, the daughters' ongoing efforts to sabotage their mother's new relationship would seem cruel if My Mother Likes Women weren't so utterly harmless and agreeable. Daniela Fejerman and Inés París' debut feature (which they also co-wrote) is a relatively tame affair, but it goes down easy, with likable performances and a laudable emphasis on love and compassion. (The film screened during the Austiin Gay & Lesbian International Film Festival last month.) 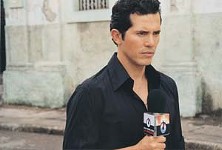 Crónicas
John Leguizamo plays a TV reporter in Ecuador in a film that examines the ethics of tabloid journalism. 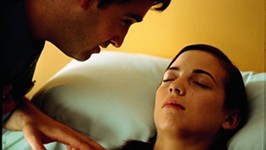 Talk to Her
Gone, with one major exception, are the delicious hysterics of Almodóvar's earlier works; Talk to Her is a mostly restrained, though by no means unemotional, work about two men in love with comatose women.