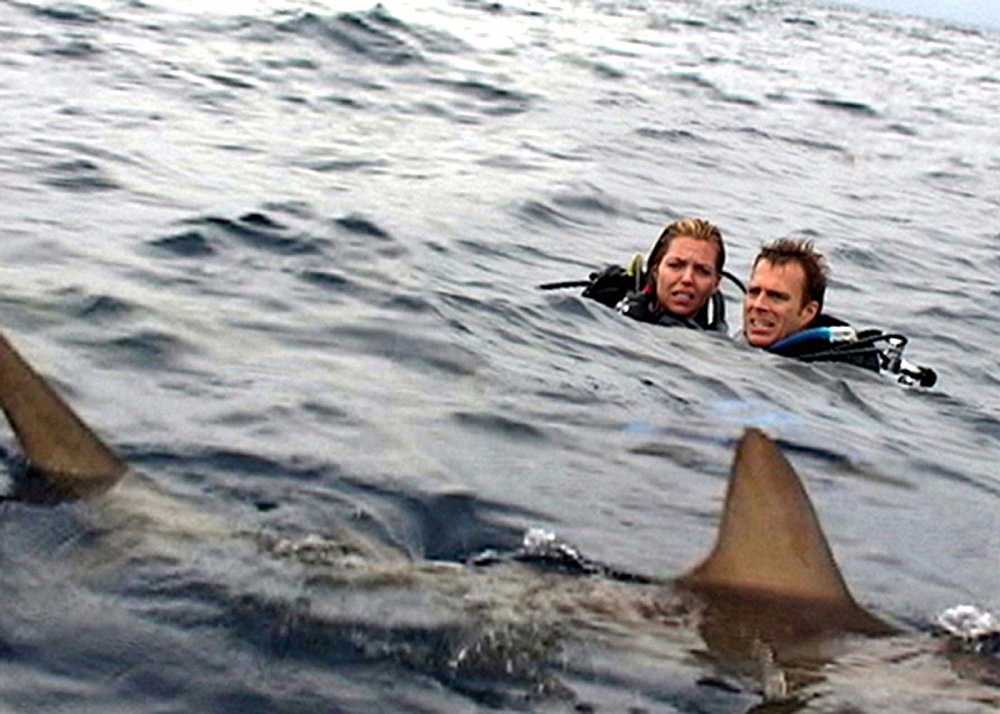 Shark Week hits the big screen with a small budget and even smaller cameras in Open Water, a DV feature by husband-and-wife filmmakers Kentis and Laura Lau. It may be the scariest shark movie since Jaws, but then that’s not saying much (remember Deep Blue Sea?). Ryan and Travis play Susan and Daniel, a pair of young professionals on a charter boat diving excursion on a nameless Caribbean isle. When the boat inadvertently leaves without them, they find themselves stranded, bobbing in the middle of nowhere. It’s hard to argue with a high-concept idea like that – the dread of being left behind, being forgotten and therefore somehow ceasing to exist at all, is one of the most primal of fears. Add to that a bunch of sharks – real ones in this case, as budget-conscious Kentis and Lau simply dropped their actors in the ocean, tossed in some chum, and let the cameras roll – and you’ve got a recipe for terror more powerful than a mahimahi at Denny's. Open Water feels like a riff on The Blair Witch Project, with its heightened reality and unseen predators, but since the film is grounded in the relatively prosaic world of Things That Can Gobble You Up in the Ocean, it lacks that gut-churning horror of the supernatural. Getting eaten by a shark, however unpleasant the notion may be, is still a real-world possibility, and as Susan and Daniel drift around in the sea, first joking, then bickering, and finally entering into a twilight zone of mounting, unsupportable dread as they slowly come to grips with the fact that they may not be rescued, you might begin to suspect the premise doesn't have enough to sustain it for a full 90-minute running time (it doesn’t). To their credit, Ryan and Travis hit their emotional marks right on the money – it’s difficult not to think of them as a couple in real life after watching them spar amidst the ripples and ominous splashings of the big blue. But that sparring and those sharks can only carry a movie so far – by the time the third fin breaks the water midfilm, you can’t help but wonder, is this all there is? Justified paranoia and dark digital photography combine forces in Open Water in an attempt to generate real fear in the audience, but the resulting film is simply too thin to manage the feat. Ultimately, it’s 79 minutes of footage of a pair of petty, pretty people freaking out over having to go to the bathroom in their wetsuits, and in the end you find yourself rooting for the sharks. 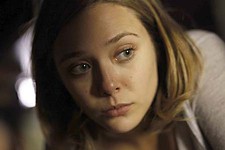 Silent House
Silent House gives the game away too easily but it does have some effective shocks along the way.