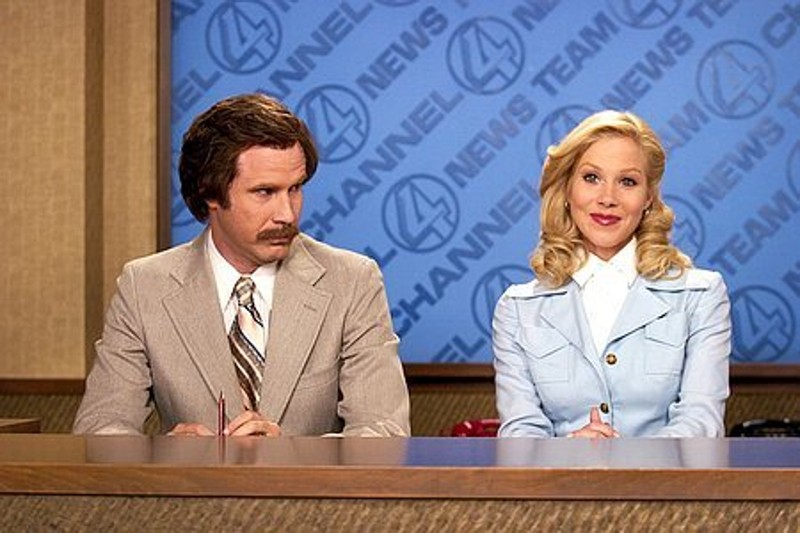 Anchorman: The Legend of Ron Burgundy

Film critics are a notoriously trigger-happy bunch, too quick to call the next cinematic trend, up to and including calling the trend’s premature death. I’m no better than the rest of the lot, so I have to admit to having run with a minimum of evidence a pet theory regarding Will Ferrell. The news that the former SNL staple had been cast in A Confederacy of Dunces (from arthouse filmmaker David Gordon Green), coupled with Ferrell’s wonderfully stylized, wonderfully nuanced performance in Elf, was all it took for me to decide that surely the actor was entering a new phase of his career – one that would embrace the darker, edgier side of his undeniable comic talent. (What can I say – some of us didn’t learn a lesson from that genius freak accident of Adam Sandler in Punch Drunk Love.) I’m not saying it won’t happen – there are definitely some unstable chemicals churning just under Ferrell’s skin – but Anchorman, sadly, is not the site of their combustion. What we get is more of the same from Ferrell – funny faces, goofy accents, pratfalls aplenty – and that ain’t bad. It just could have been a lot better. The Seventies-set Anchorman begins in pseudo documentary-style with an unseen narrator introducing with E!-like gravitas beloved San Diego anchorman Ron Burgundy (Ferrell) and his similarly swingin’ news team/wingmen (including Rudd and Carell). The script (by Ferrell and director McKay) more or less abandons the doc approach by the time rival reporter Veronica Corningstone (Applegate) shows up to shake up the boys' club that is evening news – and that abandonment exposes a larger failing with the film. The prevailing comic philosophy, if one could call it that, seems to be that of throwing everything on the wall to see what sticks. (In case you’re wondering, it’s roughly 35-40%.) There’s no consistency to the humor – which begins with lofty ambitions but quickly landslides, from satire to spoof to slapstick – and one feels a distinct lack of control on the part of the filmmakers. Occasionally, their shaggy, slapdash approach results in some riotously funny moments, anarchic and inspired, but more often it just feels like desperate flailing for a laugh. The laughs are there, all right, but there’s an awful buzzing noise in between them, dead space and seat-squirming as we wait for someone to bring the funny. Oddly, in a film overrun with comic smarty-pants (culled from laff-incubators like SNL and Second City), it’s former Daily Show contributor Steve Carell who never fails to bring it. As the IQ-deficient weatherman Brick Tamland, Carell motormouths non-sequiturs, jams mayonnaise into toasters, and sounds for all the world like what might happen if Ralph Wiggum grew up and got a job at the local affiliate. He’s off the map in terms of looniness, and one wishes the rest of Anchorman, so bloated with fruitless cameos and one-note gags, had seen fit to join him there. 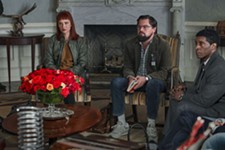