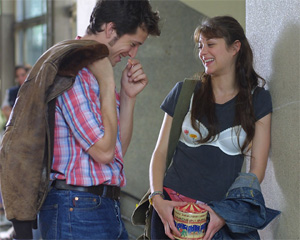 In its native France, the title of this obsessive-love import, Jeux d’Enfants, translates to a very cheeky "child’s play." Sure, if you’re talking about fun and games from the unholy spawn of Beelzebub and the Marquis de Sade. Fun and games for Love Me if You Dare’s central children, Sophie and Julien, include urinating on the floor and releasing the emergency brake on an occupied school bus. They have an excuse (of sorts) for their mutually destructive bent – Sophie’s classmates mercilessly taunt her for her Polish immigrant parents, while Julien’s mother is slowly succumbing to cancer – and at first it appears that, in finding each other, these two misfits have found a sanctuary. But as they edge into adolescence and beyond, their overwhelming self-absorption leads to increasingly sadistic games: Julien dares Sophie to destroy her sister’s wedding cake, Sophie dares Julien to seduce a classmate then drop her like a hot rock. Sophie raises the stakes when she dares Julien to kiss her – which he does, on top of a car and in the middle of stalled traffic – but Julien blows it when he thinks her dare is just an extension of the game, and not the admission of love that it is. Through a series of misunderstandings and just plain pigheadedness, the two separate, resurfacing every few years to continue their jaw-droppingly cruel game. The French are usually pretty good at this sort of amour fou ("crazy love" even sounds better in French), but first-time writer/director Samuell makes it an uphill battle for the audience to connect with his characters. The protagonists (played as adults by Canet and Cotillard) are insufferable little shits, indifferent to the world around them and perversely bent on undoing the other. Perhaps the effect wouldn’t be so off-putting if Samuell didn’t try to pass off their pathology as whimsical, sticky-fingering from Amélie its poppy colors and magical realist bent but none of its goodheartedness. Irritating throughout, Love Me if You Dare turns positively appalling in its last half hour, with the inevitable final showdown producing an image that continues to curdle my stomach days later. I suppose that means the film was effective – it got under my skin, at least – but I suspect the effect Samuell intended with his romance was not revulsion. 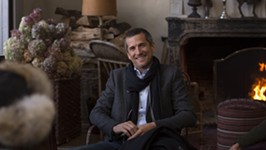 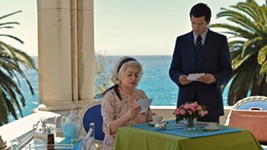