It’s unlikely that Mickey, a peculiar combination of John Grisham’s writing and a Little League storyline, will make much of a dent in the cavalcade of summer blockbusters, but junior baseballers and their families will get a kick out of this easygoing melodrama that pairs newcomer Shawn Salinas with crooner-cum-actor Harry Connick Jr. as a father/son team on the run from the IRS while tearing up the minor-minor leagues. This is apparently something of a dream project for Grisham, who financed the film out of his own (considerably deep, thanks to his consistent best-selling author status) pockets; the author is obviously a fan of Little League and knows this stuff backward and forward, far more so than this reviewer, whose last time at bat was when one flew in my downtown window after mistaking my living room for the Congress Avenue bridge. Connick Jr. is Tripp Spence, a recent widower and father of a 13-year-old Little League hotshot (Salinas), who decides to take it on the lam after receiving a visit from persistent (and pernicious) IRS criminal investigator (played by Joseph M. West Jr.). As it turns out, his wife’s death left Spence with mountains of medical bills, which resulted in a bankruptcy filing, which necessitated some fraudulent reporting to the government, hence dad and son’s 24-hours-to-get-out-of-Dodge problem. After a quick (and frankly unexplainable) visit to a business associate who provides the pair with new names and identities, father and son hop a bus to Las Vegas, that mythical land where everybody wishing to start life over seems to end up. While the newly christened "Mickey" enrolls in school, dad secures him a spot on the North Vegas superstar Little League outfit with the unlikely moniker of the Moose. Having lied about his age (apparently Little League has a cut-off age of 12), pitcher Mickey is literally head and shoulders above his teammates, and his 70 mph fastball blows the doors off the opposing teams again and again, which of course attracts a fair amount of unwanted attention to both father and son (media saturation is never a good way to avoid the IRS). Director Wilson (Blast From the Past, The First Wives Club) handles this simple and ingratiating film with kid gloves, but that’s not necessarily a bad thing. If anything, Mickey is too sweet for its own good, a good-hearted tale of a perfect familial love that embraces baseball as much as blood relations. Connick Jr. and Salinas have a perfectly believable chemistry between them, and Salinas in particular is fine as a young boy torn between his love of the game and his love for his ethically hog-tied father. It’s hardly your typical Grisham project, but, that said, it’s a far more enjoyable time than several of his recent cinematic adaptations. 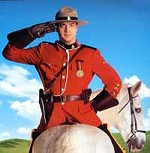 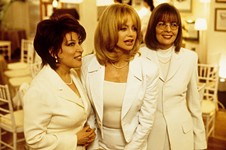