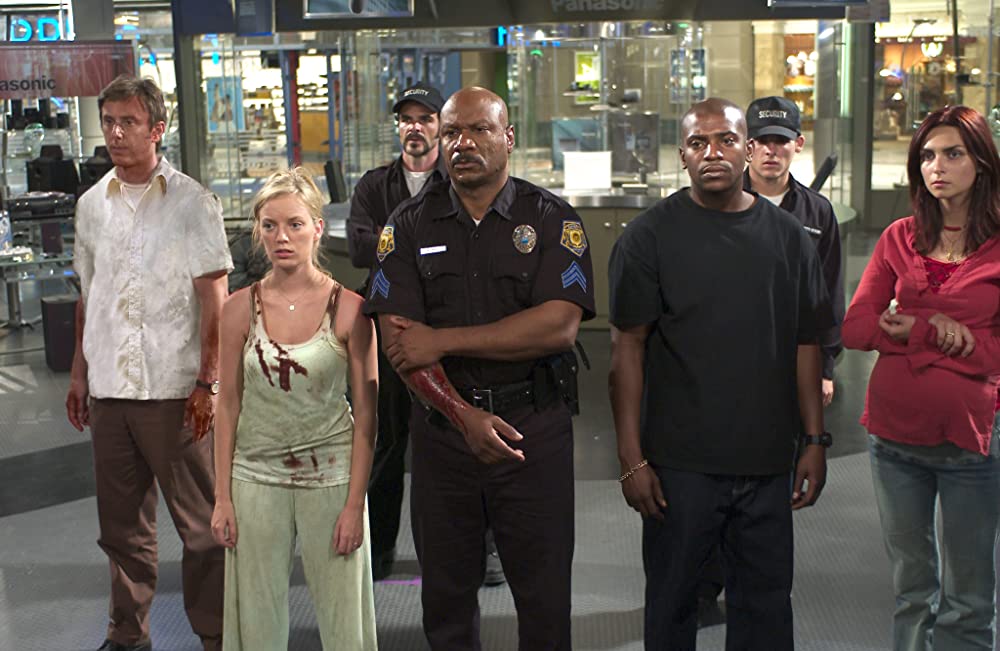 Dawn of the Dead

Initial reports of a remake of George A. Romero’s 1979 zombie epic Dawn of the Dead were greeted by the faithful with roughly the same enthusiasm Democrats held for the outcome of the previous presidential election. Tampering with a classic is rarely, if ever, a wise idea, and when it comes to genre films such as this, only John Carpenter’s 1982 remake of Christian Nyby’s beloved-yet-cheesy The Thing From Another World springs to mind as an example of things going right for once. In this case, Romero’s original was a sequel to his justly famed Night of the Living Dead, updated for the post-Vietnam consumerist lifestyle that had taken hold amid the disco and me, me, me-isms of the Seventies. Romero’s plot, in which a small band of the living hole up in a giant suburban shopping mall while mindless legions of cannibalistic reanimated corpses blunder hungrily about outside, was at once horrific and wildly funny. When one of the characters posed the question on everybody’s mind – "What are they?" – another shot back with what must be one of the most moribund zingers in all of cinematic history: "They’re us." And watching the obese dead clamoring to get into the most generic mall in all of Pittsburgh, the characters and audience all knew it was true. Zack Snyder’s remake (or re-imagining, retooling, re-whatever) arrives freighted with enough lowered expectations from the peanut gallery to kill almost any other film project you could name, however Snyder’s remake actually turns out to be a fine horror film in its own right. Appropriately for the ADD generation, this time out the dead move like Olympic sprinters on Adderall, and the living wander about dazed and confused like bipedal Happy Meals. Snyder’s director of photography, Matthew F. Leonetti, has shot the whole crimson mess in a hypervibrant film stock that punches up the nightmarish unreality of the situation, and while the bedrock premise of the film is similar to the original – there’s a mall and people stuck inside it – the film feels far more fan-made than Romero’s cunning social commentary. Various nods to Lucio Fulci’s Zombie as well as the original Dawn of the Dead are there for the taking (original FX master Tom Savini makes an appearance, as does original mallrat SWATster Ken Foree) and the whole film is a much more streamlined exercise in grue than its template. Like the recent British import 28 Days Later, the apocalyptic vision is spiced up with human meltdowns, but unlike the original film, which featured a mere four protagonists, this new Dawn of the Dead has more than you can keep track of, which only means you get to chuckle instead of weep when they turn into zombie chow. Snyder’s film isn’t likely to be considered a classic 20 years down the road like Romero’s film is, but it’s a winningly extreme episode in the ongoing adventures of Zombie and Harriet. (And stick around while the end credits roll: The film isn’t over ’til it’s over.)