Not a sequel, not a prequel, but a "reimagining," as the producers say. And they’re basically correct, although I wouldn’t put any real emphasis on the "imagination" aspect of that term. Havana Nights retains from the original Dirty Dancing the classic teen formula of the Romeo and Juliet love affair that challenges class boundaries and the idea of a girl’s initiation into sexual awareness rendered onscreen by a consumer-safe transmutation into sexy dancing. Here again, I wouldn’t put the emphasis on the "dirty" aspect of this dancing – it’s just some hip-bumping, booty-shaking salsa moves that won’t get anyone pregnant but nevertheless ain’t your parents’ foxtrot. Actually, the location setting for this reimagining is ripe with potential: Havana 1958, just before Castro’s Cuban revolution that toppled Batista and sent the island’s rich foreigners and multinationals scurrying. But just as with the "dirty" part of the dancing and the sex, the loaded politics of the situation are rendered in intellectual soft focus. Although the top producers of the film are indie-inclined stalwarts Lawrence Bender and Sarah Green, Havana Nights lists a small army of producers and writers among its credits, leading us to presume that a decent idea gradually became so watered down that all its fire washed out to sea in the Puerto Rican surf that stood in for Cuba. Katey (Garai) moves to Havana with her parents and younger sister in the fall of 1958, a move necessitated by her father’s job with Ford. A bookworm who has difficulties meshing with the snobbish American teens at her school and country club, Katey takes an interest in the handsome busboy Xavier (Luna – one of the boy toys from Y Tu Mamá También). As in the original, they practice in secret for a dance contest and then stun the adults with a public exhibition. Actually, Katey’s parents (Ward and Slattery) take a fairly tolerant attitude – at least when compared with their country club cronies – which also pleasantly mimics the depiction of the parents in the first Dirty Dancing. First, they blow up, but then become rational – behaving not at all like the typical dancing-averse agents of repression found in movies like Footloose. It’s nice to see parents in teen movies who are not total boobs. Swayze also dittoes in a cameo as a ghost from the original. Dialogue-wise, there are some real hoots about things like how the music must be felt in the depths of the body, lines that are delivered with a coy naiveté to emphasize their sexual implications. The last 10 minutes of the movie unfold in a chaotic jumble that feels like an afterthought. Ultimately, Katey is no Borscht Belt Baby, and the dynamics of Havana Nights haven’t the urgency of the first Dirty Dancing. But with a couple of Cuba libres under their belts, fans of the original might still find themselves dancing in the moonlight. 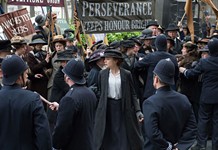 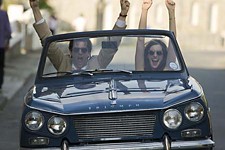