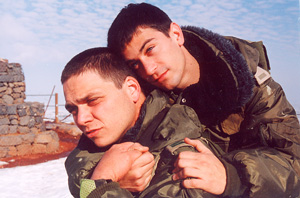 Emotionally effective despite a running time that lasts barely more than an hour, Yossi & Jagger provides an authenic-seeming look into the underground world of homosexuals in the Israeli military. Although a narrative film, the locations and hand-held camerawork give Yossi & Jagger a naturalistic feel that helps foster the illusion of documentary truth. The screenplay by Avner Bernheimer is based on real events. While stationed in a remote, snowy outpost on the Israeli-Lebanese border, love grows between two male commanders. Yet they conduct their affair discreetly and steal away from the group for clandestine lovemaking in the snow. Yossi (Knoller) is the more macho and uptight of the two, and wishes not to reveal his true sexuality to the members of his unit. The other man, Jagger (Levi, who is an Israeli soap star), received his nickname from the group because his extroverted behavior reminds them of the famous rock star. Jagger wants to be uninhibited about his feelings, and goes on about his passion for "diva" music and longing for a love affair in the Hollywood romantic mold. He is soon to leave the military and wants Yossi to join him. Interwoven into the story of Yossi and Jagger is a fascinatingly detailed portrait of life in the Israeli military. With conscription a requirement for both Israeli men and women, the movie shows something of what life is like for these young people stuck in a barren no-man’s-land. One woman pines for Jagger, not knowing his sexual orientation, while another man pines for her and builds resentment for Jagger. Another woman indulges in lots of recreational sex. The opening scene shows the men burying a cache of smelly, rotten food, and reveals that they subsist on jerky and chocolate while out in the field. The cramped, cold barracks are shown as claustrophobia-inducing living spaces and the cook is shown trying to exercise his creativity amid the meager food options. Yossi & Jagger is full of glimpses such as these that provide a fuller understanding of the meaning of universal conscription, while also showing that the "don’t ask, don’t tell" policy has applications beyond the U.S. military. One might wish for greater character development and story arc, but it’s amazing what Yossi & Jagger does manage to relay in its brief time onscreen. And instead of melodrama and fireworks, the film goes the more difficult route of restraint and psychological tension. The film’s closing sequence is a model of this approach: devastating in its lack of overt emotion and public honesty. 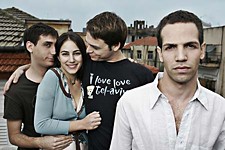 The Bubble
This gay-tinged Romeo and Juliet story set largely in Tel Aviv shows the complexities of love in a land where the conflicts are as old as Western religion and as new as suicide bombers. 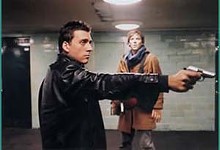 Walk on Water
A homophobic Israeli assassin insinuates himself into the life of a former SS officer's gay grandson in hopes of learning the Nazi's location in a well-intentioned but ultimately simplistic plea for tolerance all around.