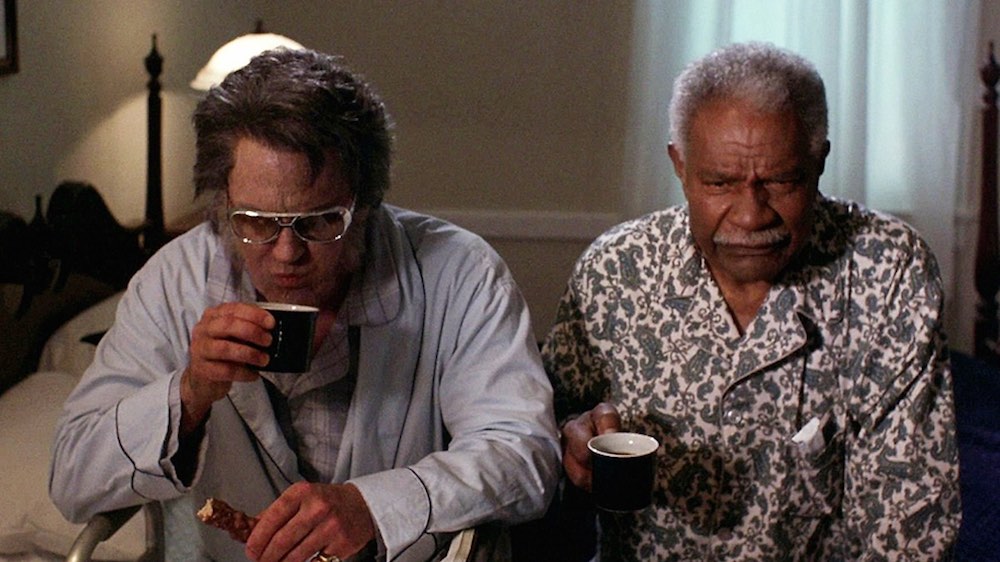 First, the bad news. You know the scary silver ball that carves up people’s heads? The one from Coscarelli’s Phantasm? Well, forget about that thing because Bubba Ho-Tep is not scary. It is not gory. It is not gross. You’ll have to wait for the upcoming Phantasm’s End to see that thing, OK? Here’s the good news. Bubba Ho-Tep is lovely. It’s as sweet and endearing as a jelly doughnut. If a jelly doughnut were funny, it would be as funny as a jelly doughnut, a particularly droll one. You can tell it was made for about $27, but it’s $27 beautifully spent. Our story begins in the Mud Creek Shady Rest Convalescence Home, where elderly patients steal each other’s eyeglasses and giant bugs are no big surprise. Elvis (Campbell) is cooling his blue suede heels here (he’s afflicted with a penile growth). So is JFK (Davis), who’s been alive and kicking since 1963, only he’s black (the CIA dyed him, you see), and no one believes he is who he says he is. Enter Bubba Ho-Tep (Ivy), a mummified ancient Egyptian dude who’s been devouring the souls of the infirm since his crypt crashed nearby. Can Elvis and JFK vanquish the soul-sucking sucker? There’s not a whole lot to it on paper, but Campbell is deliciously invested in the Presleyan voiceover ("Now, the two key words for tonight are ‘Caution’ and ‘Flammable'!"), and Davis is a deadpan delight. Adapted somewhat clumsily from the eponymous short story by Joe R. Lansdale, the script has problems. The flashbacks are awkward, and they assume a point of view to which the characters wouldn’t have access (a throwaway line suggests a psychic connection between E.A.P. and B.H.T., but there’s no real explanation). But do we really expect logic in a mummy movie? Of all the monsters, mummies make the least sense – not even big-budget mummies from a certain Hollywood franchise play by a consistent set of rules. Bubba Ho-Tep is a goofy lark, accordingly, and the filmmakers ladle on the savory B-movie cheese generously. Brian Tyler’s score is a mix of Hammond-organ swamp funk and rockabilly-Morricone twang guitar and those epic "woo-ahh" vocals reminiscent of the Sons of the Pioneers. There’s a trailer-park conflagration and nasty Foley effects (think: penile growth). Joe Bob Briggs would wet himself. I could do without the joke-cracking coroners, who just aren’t very funny, but the movie gets in its groove and works it. To pull off a feature-length Elvis impersonation, Campbell has to go for distance, not speed, and Lansdale’s Presley is a suitably grave and weary old man. Can "the Chin" handle it? The performance really requires him to act beyond the cartoony hero parts at which he obviously excels (Evil Dead, Army of Darkness), and Campbell rises to the occasion with aplomb. Ironically, this may be his most restrained performance of late. Bubba Ho-Tep is a charming surprise, the kind of neat little low-budget movie that seems more like a collaboration among friends than it does a corporate investment. It’s not 90 minutes of perfection, but it’s got heart. 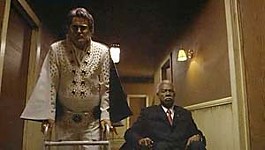 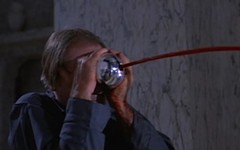