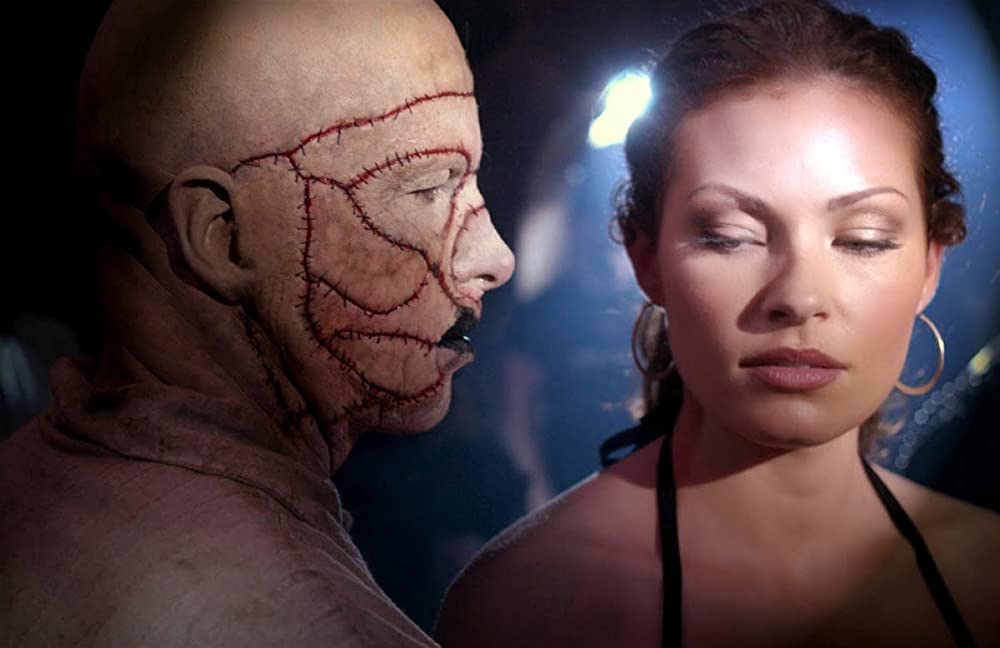 House of the Dead

You need only see the opening shots of Clint Howard, in bright yellow foul-weather gear simpering around the deck of the doomed fishing boat of Capt. Kirk (Prochnow) as though he were still awaiting his beloved elixir "tranya" from ye olde Star Trek episode to know that you’re in for a treat with this rip-roaringly bad Dutch-American suckfest. It’s been ages since I’ve seen a horror film that was genuinely entertaining by dint of sheer ineptitude, but, by golly, the wait was worth it: House of the Dead is astoundingly bad filmmaking, the sort of senseless, mind-warping goulash that makes all the mediocre shriekers of the past few years, say, Valentine or Darkness Falls, seem positively Oscar-worthy by comparison. It’s a botched attempt at filmmaking that could easily become a midnight staple along the lines of Showgirls, as aesthetically frazzled as Ed Wood’s finest and as howlingly, inadvertently funny as, well, pick a Sybil Danning movie, any movie. Prochnow, very late of Das Boot is on board here as Capt. Kirk, the owner of a private fishing trawler who’s hired at the last minute to transport a gaggle of horny teens to Isla del Muerte where, oddly enough, the "biggest rave of the year" is going on. After much hemming and hawing from Howard’s batty first mate ("No cap’n. We must not go there! It’s eeeeevil!"), they go. Once on the island, the teens discover an abandoned, bloody rave site, with a found digital camera offering the only clues. Judging from the surviving footage, the ravers were attacked by a gang of bloodthirsty club kids led by the undead version of Apocalypse Now’s Col. Kurtz. "Look, they’re obviously zombies," notes one perceptive character, "so the sooner we accept that fact, the sooner we can get on with our lives." Amen to that. The teens take refuge in the titular house – more of a shack, really – and wait out the night as those pesky zombies jump around outside, pining for their lost souls. House of the Dead is based on an old Sega video game, but while the Resident Evil franchise has proved to be at least marginally entertaining, House of the Dead, strangely, has evolved from a weak, mid-Nineties also-ran that hardly anyone remembers anymore, much less plays. Even stranger (or more brilliant, depending on how you look at it), director Boll inserts actual video-game screen footage into the action for use as transitional shots, awful graphics and all. House of the Dead has the feel of a cheap Euro-horror production without all that much horror – there are assorted breasts on display, natch, but the zombies appear to be straight out of your local Wal-Mart’s Halloween aisle. It’s cheese of the purest stripe, bafflingly bad to the point of being oddly charming in its brain-dead naivete. 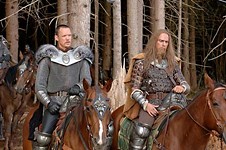