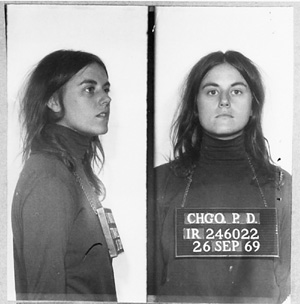 Checking in with some of the aging core members of the infamous late-Sixties-Seventies radical group the Weather Underground proves to be a wonderful reality check. When last heard from, many of these figures were on the run or still in prison or busy reinventing new lives for the new century. This thought-provoking documentary combines reflective interviews with a wealth of period news footage of the radicals and the demonstrations, Vietnam and Altamont, Black Panthers and Richard Nixon. Despite its historical riches, The Weather Underground is hardly a stroll down memory lane. In fact, it’s quite the opposite: These voices and images from the past could not seem more urgently contemporary. Maybe it’s the times we live in, but the message these old revolutionaries bear about the thin line that exists between political determination and social despair has never sounded more trenchant. Their stories show the ease with which doctrinaire beliefs can cross over into moral righteousness and violent action. They show with startling clarity how an individual can come to believe that passivity in the face of horror is in itself a kind of violence. Some say that the ongoing war in Vietnam drove them crazy. Others talk of a "children’s crusade gone mad." Their effort to "bring the war home" was a terrorist effort to disquiet Middle America by blowing up buildings and making it impossible to feel safe anywhere. These comments certainly take on added significance in our current times, but also show how easy it is for any individual to get caught up in ideas about the "greater good." Famed sociologist Todd Gitlin (also the former president of Students for a Democratic Society, the organization from which the Weather Underground splintered) talks about how this revolutionary group came to the "same conclusions as all the great killers of the world." Others, such as leaders Bernadine Dorhn and Mark Rudd, talk about the Bonnie-and-Clyde romance that young America had with the underground outlaws. (I came to know this as a fact as a college student in the Midwest during the early Seventies, when almost every person could tell a story about supposedly picking up the formerly Chicago-based Bernadine Dohrn while hitch-hiking.) It’s never less than fascinating to listen to these aging revolutionaries reassess their tactics and thought progressions with the benefit of 30 more years of experience. Maybe it’s the wisdom of age talking, or maybe it’s 20/20 hindsight, but these speakers offer articulate and provocative thoughts about the ever-fluctuating moral high ground. The filmmakers, too, contribute to our understanding with their painstakinging assemblage of interview questions and newsreel footage. The movie is bound to provide sparks for both viewers who lived through those years and newcomers who are just learning the history of social protest. What the movie makes clear (to upturn the Bob Dylan lyric from which the Weather Underground drew their name) is that in 2003 it’s abundantly useful to have a few weathermen (and women) to learn which way the wind blows. 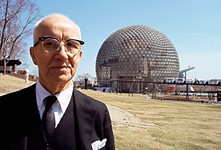