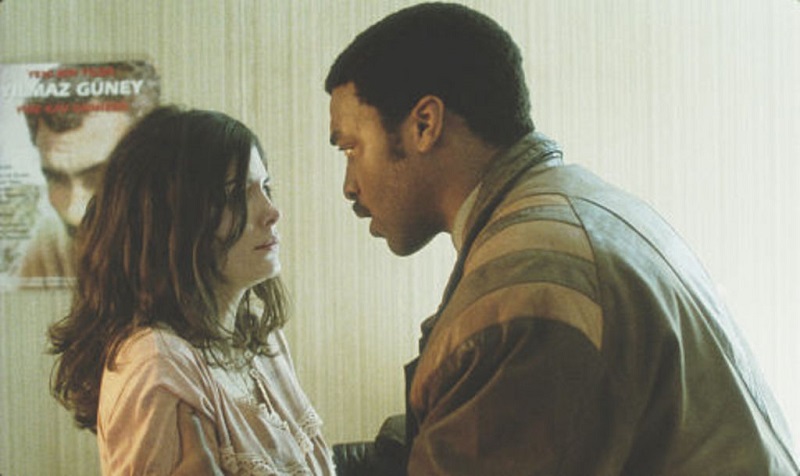 With Dirty Pretty Things, the estimable filmmaker Stephen Frears (The Grifters, High Fidelity) has concocted one of the most low-key thrillers ever made. Although Frears’ new film is somewhat interesting for its subdued suspense qualities alone, the real heart of his movie lies in its portrait of characters generally unnoticed by the international cinema.

The central characters – indeed, the dirty pretty things of the title – are the illegal immigrants who live shadow existences in London by taking the jobs no one wants and the apartments without addresses, all in an effort to stay several paces ahead of the immigration officials who are constantly breathing down their necks. Like Frears’ early film My Beautiful Laundrette, Dirty Pretty Things captures a multicultural London, where the forgotten fringes of society huddle and mingle and create a substrata that is far removed from "proper" society. Okwe (Ejiofor) is a refugee from Nigeria who, by day, drives a cab and, by night, is the desk clerk at the Baltic Hotel. We learn that in his home country Okwe was a doctor and has a wife and a daughter, but the details of his former life and escape are rather sketchy. Okwe sleeps a few hours every day on the couch of Senay (Tautou, who was so beguiling in Amélie), one of the Turkish maids at the hotel, while she is at work. Just as the immigration authorities begin hounding Senay, forcing her to move and change jobs and do whatever is necessary to survive (without relinquishing her virginity), Okwe stumbles into some nasty doings at the hotel, which involve the sale and removal of bodily organs by immigrants desperate for the forged passports their donations will earn.

This is the thriller aspect of the movie, although it tends to be less absorbing than the rare peek we’re allowed into the world of the illegal fringe dwellers. As Okwe describes them, "We’re the people you never see. We drive your cabs, clean your rooms, and suck your cocks." Frears’ interest and perceptiveness in telling their stories is what makes Dirty Pretty Things a fascinating sight to behold.