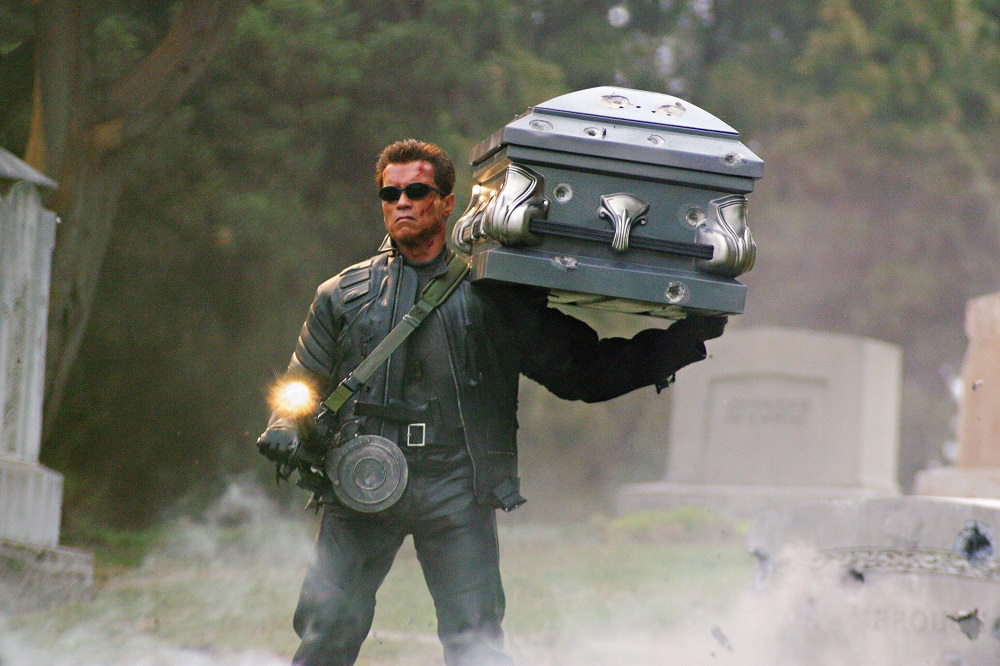 Terminator 3: Rise of the Machines

In the 12 years since Terminator 2: Judgment Day was released both the sci-fi/action genre and the art of computer-generated special effects (which that film’s director James Cameron helped revolutionize) have morphed, like Robert Patrick’s T-1000, into swaggering behemoths that crush everything in their path. "Puny human-character-driven storylines!" as the Hulk would surely say. Cameron’s original Terminator, which shook things up way back in 1984, was a dark little slice of Roger Corman-style B-movie smarts. Cameron, who like so many other notables got his start under that legendary producer-cum-skinflint’s aegis, took to heart and then improved on Corman’s basic monster-movie tenets. The resulting film, The Terminator, which arrived unheralded and without a stitch of marketing push, was a corker, all streamlined action cut through with a solid dose of humanity. It has since moved into the pantheon of Hollywood legend, and rightfully so. T2 expanded the Cormaneering even further; a tremendously expensive, astoundingly ambitious project, Cameron (who penned the script with William Wisher Jr.) made it a film that at its heart was pure character and then cloaked it in an ultra-action exoskeleton, the written antithesis of its lumbering skin-on-top, metal-beneath antihero. The tagline could have been, "You’ll believe a machine can have a flawlessly human character arc," but that, thankfully, it wasn’t. Terminator 3 may be the most Cormanesque of the lot: The film’s relentless devotion to headlong action and blitzkrieg plotting is akin to falling down an elevator shaft in the dark. You never quite know what you’re going to hit along the way, so you might as well enjoy the plummet. And while the direction by Jonathan Mostow (the WWII U-boat charmer U-571) lacks the tough-guy humanity of Cameron’s previous epic (which at times bordered on the spiritual), he’s certainly no slouch when it comes to making things go boom. There’s also a decent attempt to rein in the CGI effects as well – this isn’t Matrix: Reloaded, thankfully, although both films share a Luddite’s paranoia of technology’s potential to run amok. (What Cameron might have done to prepare for Y2K is one of the great curiosities of the ages.) Nick Stahl, as 18-year-old John Connor – the future savior of humanity who joins forces with Schwarzenegger’s time-traveling cyborg against the stronger, faster robotic assassin (the model-perfect Loken) who has been sent to erase him from history – is appealingly haunted. (He even looks like he could be the son of the first film’s Michael Biehn.) With Connor on the run with future partner Claire Danes, an unstoppable hell closing in from all sides, and a scant three hours to save the world, the movie rockets from one massive explosion to the next – all the while peppered throughout with a sly sense of humor and a wealth of references to what has come before (of note: the appearance of what is presumably the very first Terminator, the T-1, which looks as though it might give RoboCop’s ED-209 a run for its money). Fittingly, T3 arrives in theatres amid a spate of real-world technophobia and worries about wandering WMDs and all manner of unnervingly stockpiled things that go boom in the night and Total Information government programs. Reality has overtaken the movies here, which, I suppose, makes T3 all the more cathartically appealing. At least onscreen we have Arnold Schwarzenegger in our corner. 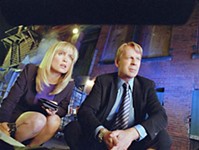 Surrogates
Bruce Willis is a cop in a future society where human beings live in isolation and interact through robots.