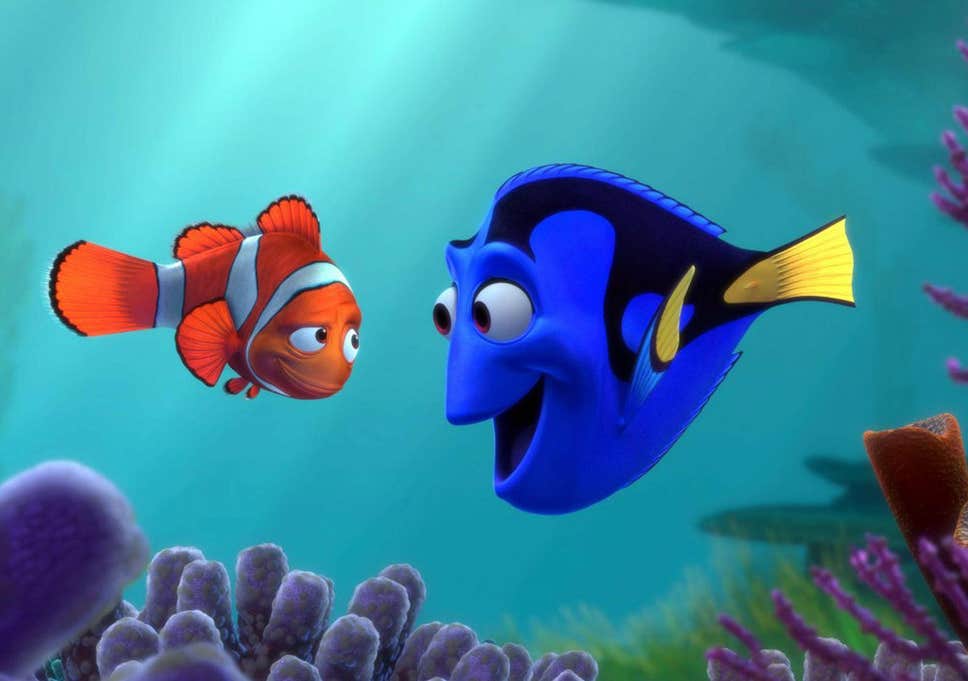 We're happy sweet, funny Nemo is back – 3-D or no – to charm us again and bring young patrons into the theatres so they can see, for once, what a really good movie can be. Treat yourself to a late summer swim with the fishes. – Marjorie Baumgarten

It's not a secret that the success or failure of animated comedies relies heavily on the voice casting of the two lead buddies. Think the pitch-perfect pairing of John Goodman and Billy Crystal in Pixar/Disney's Monsters, Inc. or, going back a way, Dickie Jones and Cliff Edwards as Pinocchio and Jiminy Cricket in Disney's prewar Pinocchio, or even Deanna Oliver and a whole raft of superior voice actors (Jon Lovitz and the late Phil Hartman among them) as The Brave Little Toaster and his pals, and you begin to see the inestimable importance of getting that uncanny interaction just right. These days, of course, with the rapid-fire advances in computer graphics animation, it's not just the voices that need to mesh, but also the performers' – usually comic – schtick. As animation becomes increasingly, astonishingly, more like a simulacrum of reality, the voice actor's physical, popular presence – his actorly essence, really – is also on display. Who could argue that Monsters, Inc.'s Sulley wasn't, in fact, a cunningly ridiculous vision of hefty John Goodman, albeit a tad more hirsute (one hopes)? After all, wasn't Kermit the Frog always Jim Henson? He still is.

Pixar's Finding Nemo may well have the best casting of any animated film of the past 30-odd years. Neuroticomic Albert Brooks (of the recent The In-Laws) and Ellen DeGeneres provide the voices for Marlin, a hopelessly timid clown fish, and Dory, a blue tang fish with a serious case of short-term memory loss. These two leave their home in Australia's Great Barrier Reef and head out to open waters when Marlin's only surviving offspring, the excitable Nemo (Gould), is bagged by a human diver and spirited away to take up residence in a Sydney dentist's decorative aquarium.

There's an exacting template for animated kids films that has organically developed over the past half-century of relentless tinkering (mainly on Disney's part), and though Finding Nemo never strays from the parental separation anxiety that generally fuels the best (and most emotionally distilled) animated outing, it nevertheless feels shockingly fresh. We can thank John Lasseter and his Pixar team for that, I think; Finding Nemo's oceanic locale is just flat-out perfect for Pixar's fluid CG-animation style, and from the opening sequence this is a film that is simply awash in spellbindingly gorgeous color and form. The vast legions of Pixar animators have crafted – lovingly, I might add – a series of iridescent undersea locales that flow and merge and make up complete characters on their own. No other animated film has made such powerful use of the spatial dynamics of the screen – director Stanton (who previously co-directed A Bug's Life and penned Monsters, Inc.) frames his shots like some Jacques Cousteau version of John Ford, with the waving anemones and crinoids of the coral reef filling in for Ford's beloved Monument Valley – it's breathtaking stuff, vast and craggy and dense and blue. This remarkable animation is only half the tale, of course; Stanton also wrote the script and it teems with wit and style for kids and adults alike. A pair of off-the-cuff (off-the-fin?) Hitchcock references, a trio of 12-stepping Aussie sharks, and Willem Dafoe in his best aquarian role since Fishing With John are just the leading edge of a film that continually floods the viewer with more extraordinary sensory input than anything previously. 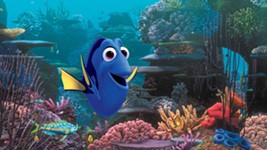 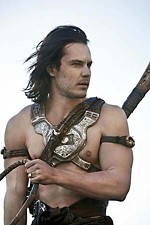