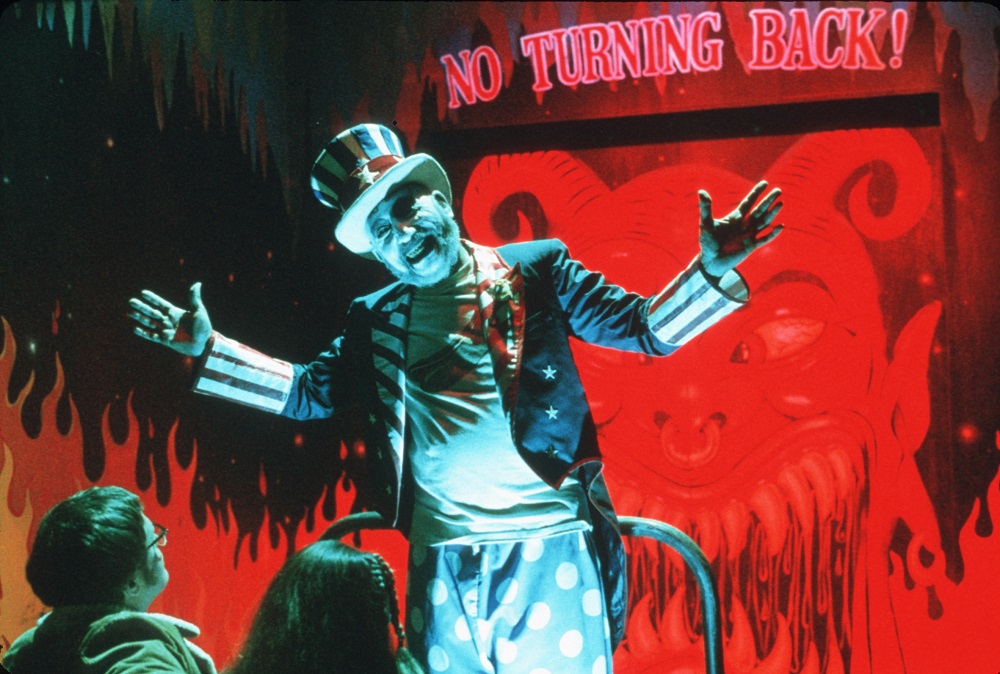 It’s like I told my mom: Just because you have the stars of Burnt Offerings, Spider Baby, and Bonnie and Clyde in your horror show doesn’t mean anybody’s going to scream. Not in the fashion intended, anyway. Having sat on the shelf for some three years since an answer print was struck, anticipation for ghoul-rocker Zombie’s debut film was (and has remained) high. Fans of NYC’s White Zombie have savored the musician/filmmaker’s twisted sense of humor for more than a decade, and having helmed a passel of rock & roll videos over the years, the question has been mounting: Can he bring his twisted vision to the screen? Well, sorry, but the answer is "no way." We may never know the whole story behind the debacle that is House of 1000 Corpses, but something has clearly been lost in the translation from Seventies-era spook movies – from which both White Zombie, the band, and Rob Zombie, the solo artist, have drawn their inspiration. Blood and guts, for one … though that’s not the key, to be sure as a gravedigger’s spade. House of 1000 Corpses’ direct antecedent is Austin, surprisingly enough: Tobe Hooper’s 1974 genre masterpiece The Texas Chainsaw Massacre, a family film that postdated the Manson clan’s bloodthirsty shenanigans and wrapped the Vietnam broadcast-era bodybags in the graveside tuxedos of random violence and countrified menace. And barbecue, lest we forget. Zombie, who animated the most bizarre part of Mike Judge’s Beavis and Butt-head Do America, in which the animated idiots desperately swallowed a fistful of hallucinogenic cacti and dreamed themselves into a Zombie-created hellhole, has a clear and present love of nasty, bad trash movies. He knows the field well, but then, so do we. When he puts a group of wayward teens on the path to doom, it’s less homage than sheer recidivistic cheapskatedness. There’s Sid Haig, of the truly jaw-dropping Spider Baby, as Captain Spaulding, who runs the lunatic roadside carnival nightmare known as the Museum of Monsters and Madmen (a Texas landmark if ever there was one), which borders an infamous hanging tree that draws both innocents and goofballs to their doom, more or less. Eventually, the teens (generic to a fault) end up at the house of Mother Firefly (Karen Black, minus the "Voluptuous Horror of …" title), where they are quickly dispatched by Texas Chainsaw Massacre 2’s Moseley (formerly "Chop Top," here Otis) and assorted psychotic kinfolk. Zombie, who has as much passion for the Grade-Z filmmaking spew of Andy Milligan (The Ghastly Ones) as anyone alive, is clearly trying to recall the Seventies drive-in hell that warped so many young minds back in the day. Despite his frequent, carny-esque camera trickery (including scattershot edits and just plain pointless film stock tomfoolery), the film is a mess, going all over the graveyard but never finding the grave. It’s the work of a fan with too much time (and money) on his hands, eagerly awaited but best forgotten. 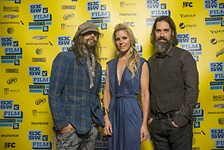 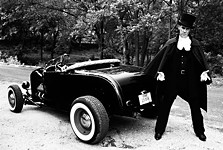 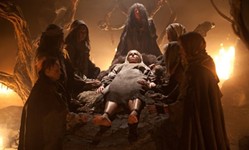 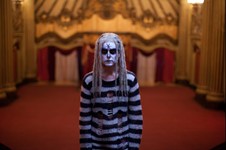 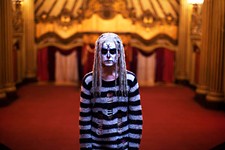 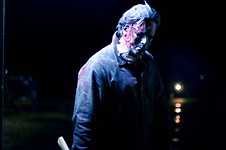